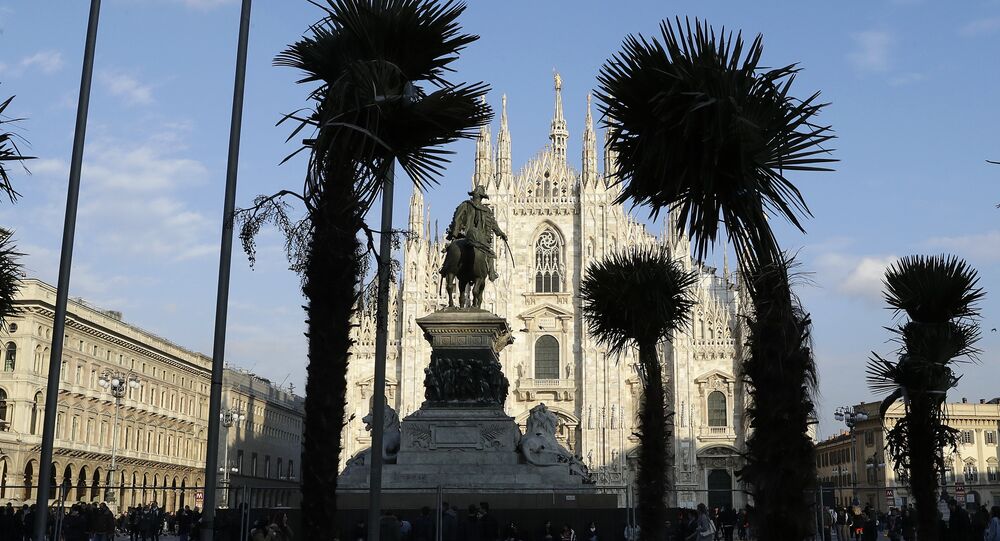 Political opposition to migrants in Italy is no longer just limited to people - now it also extends to trees.

Police in Milan are investigating an incident which occured when a number of freshly planted, non-native palm and banana trees in the city's famous Piazza del Duomo, were set alight on February 19, following anti-immigrant protests that had erupted the day before, involving right-wing movements known as the Lega Nord and CasaPound.

why didn't Trump say anything about italy dammit, the palm trees incident counts as a terror attack right

Palm trees aren't native to Italy, but are now commonplace throughout the country, including in cities such as Rome, the Riviera, and Milan. ​

The forty-two trees, standing 17 feet tall, and planted in Milan's city center on February 17 outside the 14th century Gothic cathedral, were part of a Starbucks initiative.

The US coffee chain is set on expanding in Italy amongst the country's network of independent coffee bars and cafes, with Milan being one of the first cities to get its very first Starbucks. The company had sponsored the area in which the trees were planted.

​The controversy has spread to Twitter, where a storm of criticism has erupted.

A number of residents and politicians had claimed the trees would not go well together with Milan's traditional values.

Matteo Salvini, leader of the Lega Nord (Nothern League) and MEP, tweeted his outrage at the fact palm trees had been planted in Milan in the first place.

"#Palm and banana trees in piazza Duomo? Madness. Shortage of sand and camels, and illegal immigrants will feel at home. #motosega #starbucksgohome," the tweet read.

Certain members of Slavini's party had also taken to the streets with inflatable palm trees, and whilst holding banners reading, "No to Africanization of Piazza Duomo," they handed out bananas to passersby.

The spaces where the palm trees were planted had been landscaped by architect Marco Bay, who won an open competition to design the area where the plants would reside. Bay dismissed criticism that palm trees don't belong in the city, noting that there are already hundreds of them

"The idea was born by looking at the space, I wanted plants that create architecture, but also scenery," he said.

@tiataylorita just when you thought we coudn't americanise ourself any more…xD xD,but trees are always a good idea,I agree!

Local resident Mario Governa's bar is located opposite the palm trees, and he said in a recent interview that sales for his business are up more than 25 percent as people flock to see what the all fuss is about.