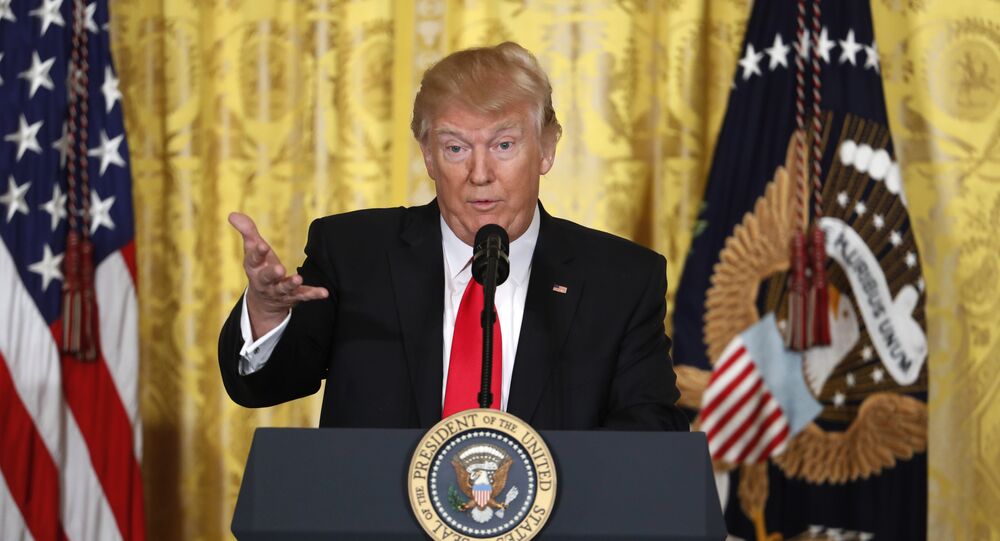 Sweden’s Embassy in Washington asked US President Donald Trump to clarify what he meant when he alluded to a major security event that recently took place in the Scandinavian nation, local media reported Sunday.

STOCKHOLM (Sputnik) — Speaking in Florida about a rise in terror attacks in Europe on Saturday, Trump referred to Sweden, who had taken in large numbers of refugees, saying "When you look at what’s happening last night in Sweden."

"We want clarity on what it was about. We are wondering what he referred to," Swedish Foreign Ministry spokeswoman Catarina Axelsson told the local TT news agency.

The remark caused confusion in Swedish media, with some outlets publishing lists of what could have possibly gone wrong in the country on that day. It has also brought to life #LastNightInSweden hashtag mocking the comment and rapidly gaining popularity in Twittersphere.

Meanwhile in Sweden hoards of them are streaming over the border. #lastnightinSweden pic.twitter.com/r1yK7fLALl

Here now with what may be video of the incident #LastNightInSweden pic.twitter.com/i2cHJnPtiS

​​​​Trump previously tried to push through a controversial ban on US entry from seven Muslim-majority countries and on accepting refugees, citing security concerns.

Trump’s executive order has been challenged by the state of Washington, which led to a district judge in Seattle issuing a temporary stay on the executive action. Later, the Ninth US Circuit Court of Appeals in San Francisco issued a stay on the stay.

On Thursday, the Ninth circuit Court suspended proceedings over the immigration ban saying that Trump was expected to issue a new executive order on the matter.