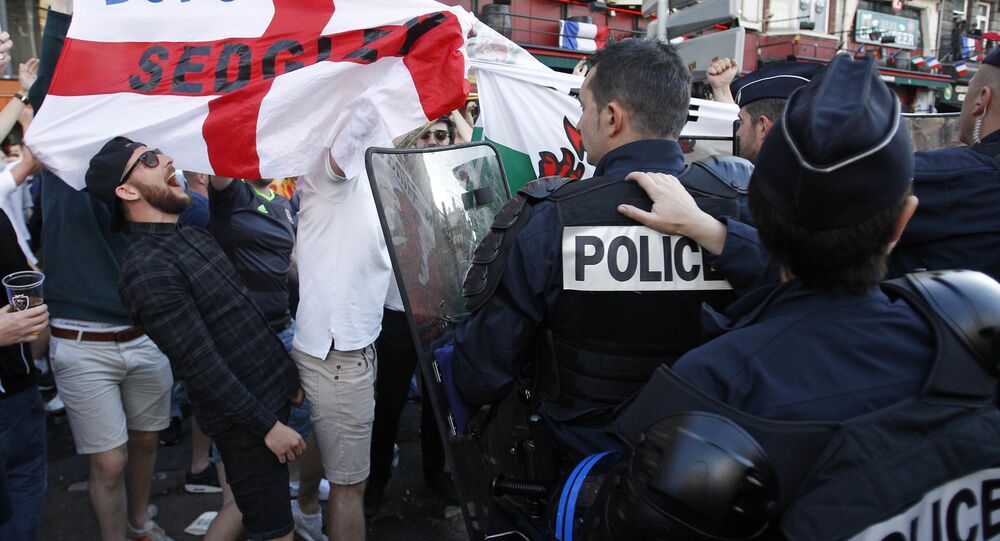 Russia, Britain Should 'Work Together' to End Football Violence

The BBC released a documentary this week exploring the world of football hooliganism in Russia. The program, titled Russia's Hooligan Army, follows on from the violent clashes that broke out between Russian and English football fans during the Euro 2016 games in Marseille, France.

Football hooliganism is a phenomenon that has reared its head in many parts of the world, especially across Europe. The United Kingdom has an international reputation for football hooliganism, which found its feet in the country in the nineteen seventies. Eventually the UK government carried out a wide scale crackdown in an attempt to extinguish football related violence. Despite the government's efforts, the problem still persists.

Gerry Sutcliffe, the former UK Minister for Sport, explained to Sputnik how the problem of football hooliganism still remains:

"I certainly don't think we have the same level of a problem that we had in the past, but the problem still exists and has to be dealt with. The security has been stepped up. When there's organized support of violence, when its been pre-planned, they've [the authorities] never really been able to deal with that. And I think they've taken their eye off the ball a little bit, thinking that because there is not a large number of arrests inside the football grounds, the problem is going away, which of course it isn't."

Observers and law enforcement officials have noted — and lamented — at why other sports don't seem to act as a recruiting sergeant for violence in the same way that football does.

At the Euro 2016 games, upward of sixty five British football fans were arrested for partaking in violent and antisocial behavior in France. Mr. Sutcliffe thinks that much of the problem lies in a lack of coordination between the football clubs and security services: "I think that more money needs to go into intelligence work between some of the clubs and security forces and police forces about what can be done in terms of stopping it growing into Europe which ultimately it will do in 2018 when we have the World Cup in Russia."

The mention of the World Cup 2018 to be held in Russia raises concerns over how football hooliganism from the UK might find its way onto the streets of Moscow. Some commentators are pointing to the BBC's documentary on Russian football violence as evidence that there is a lot to be concerned about.

Mr. Sutcliffe echoes those same concerns when asked if he thinks violence will erupt: "Well it will and that will be the problem that needs to be faced and I think that work has to start now. We already have the legislation in place for travel bans, making sure that people shouldn't travel, but I think the intelligence needs to be increased to make sure that there are no problems, in a country where football hooliganism has been rife over the last few years."

However, Mr. Sutcliffe is optimistic that the UK and Russian authorities will work together to pre-emptively combat organized football violence, saying he believes intelligence sharing will be a priority.

Kremlin on BBC Film on Russian Football Fans: Not Up to UK to Speak of Hooligans