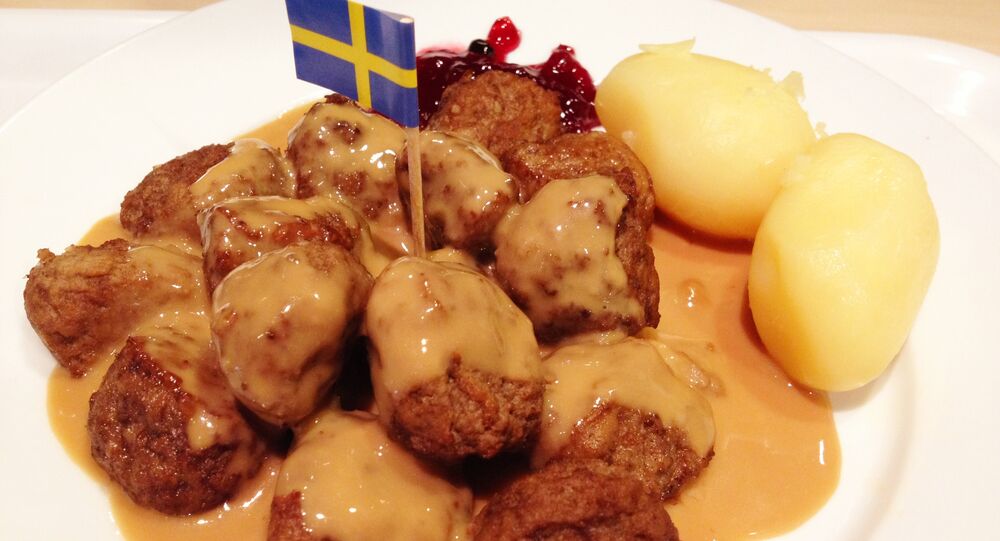 Swedish supermarkets offer their customers a wide choice of delicacies from across the globe, but are heavily reliant on imports. The Nordic country's food reserves are so low that they would be eaten up within a single week in the event of a national emergency.

© CC0
Sweden Joins 'Green League,' Permits Medical Marijuana
According to the Swedish Civil Defense Association, which is a volunteer organization assisting Swedish authorities in crisis situations, Sweden's import-reliant supermarkets will only last one week in the event of war or a power failure, Swedish national broadcaster SVT reported.

Civil Defense Association Chairman Sven Lindgren explained that Sweden had a low level of self-sufficiency, with around half of what is consumed actually being imported from fellow EU member states or countries from outside the EU.

"Sweden and Norway are the worst in Europe when it comes to agricultural production. But Norway, unlike Sweden, has extensive fish resources," Sven Lindgren told Swedish news outlet The Local. For the sake of comparison, neighboring Finland can survive six months on its own stockpiles.

According to Lindgren, Sweden gradually got rid of its own reserve stocks in the 1990s, when the tension from the Cold War started to relent. Today, uncertainty seems to have returned to the world, which is why reserve stocks must be re-introduced in full scale, the Civil Defense Association argued.

However, Swedish Interior Minister Anders Ygeman countered that creating extensive food stockpiles was not a modern solution to the problem.

"Certain foods must indeed be stored, which we already do with grains crops. Other types of food are very difficult to store. Therefore, it's more about national production and distribution," Anders Ygeman told SVT.

© Flickr / alisdair
Stockholm's Bear in the Woods: Park Rangers Asked to Patrol Swedish Forests for Spies
Marianne Andersson, Chairwoman at The Federation of Swedish Farmers in Skåne, drew the public's attention to the consequences of the recent storms in southern Europe, which left vegetable shelves in and around Sweden empty. Andersson argued that Sweden must take the vulnerability of its food supplies seriously, citing bigger risks "in an increasingly protectionist Europe."

"We cannot continue thinking that other countries will support Sweden's population with food should a crisis occur. Not when we see ever more protectionism in and around Europe. We must take the challenges seriously. Swedish farmers are already doing a lot, and we can do still more," Marianne Andersson wrote in her opinion piece in the Swedish newspaper Dagens Samhälle.

Recently, the Swedish government announced plans to invest more than one billion SEK ($0.12bln) by 2019 to achieve targets set in a new food strategy action plan, which, among other things, aims to increase domestic food production.