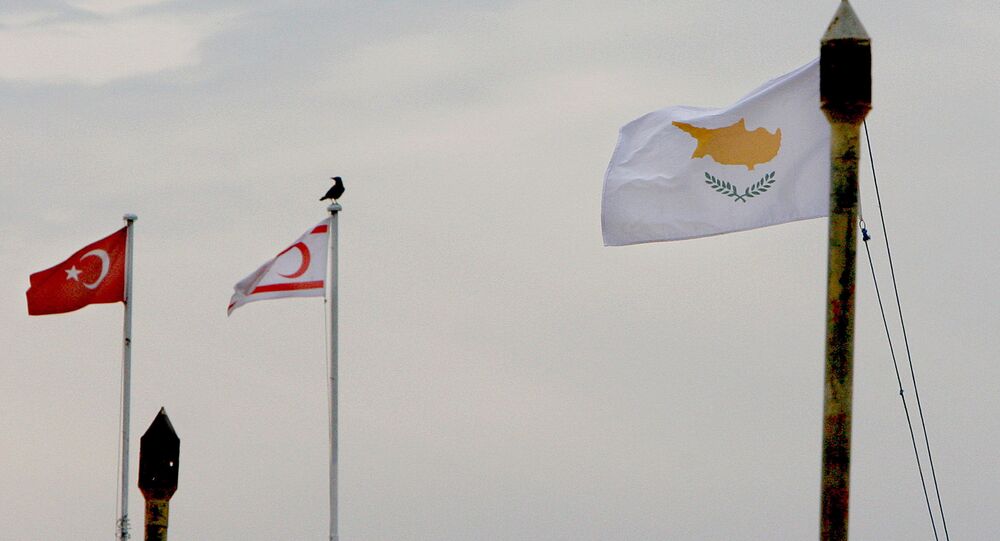 "On the issue of the participation of the member states of the UN Security Council at the International Conference there is no doubt in my mind that their presence is necessary and beneficial. We see the Security Council as part and parcel of the final agreement to solve the Cyprus problem with a decisive role on the issues of securities and guarantees. I wish all parties to the negotiations could agree to this," Kasoulides said.

The same idea was announced earlier in February by Cyprus’ government spokesman Nikos Christodoulides, who urged UN Security Council members to participate in talks to ensure the implementation of the peace agreement.

© Sputnik / Boris Babanov
Cyprus Expects More Russian Tourists Than in 2016 - Ambassador
The Cyprus reunification talks with the participation of President of Cyprus Nicos Anastasiades and Turkish Cypriot leader Mustafa Akinci were held in Geneva on January 9-11, when the two sides exchanged maps, outlining the areas of control for Greek and Turkish communities. The meeting was followed by a conference with the participation of guarantor countries — Greece, Turkey and the United Kingdom, as well as the European Union whose delegation was led by European Commission President Jean-Claude Juncker.

The talks on Cyprus peace settlement were resumed on January 18 at the level of deputies and experts, with specific questions related to the issue of security, guarantees and the instruments needed to address them been identified. On February 9, Anastasiades and Akinci asked the United Nations to arrange next International Conference on Cyprus with participation of guarantor countries in early March.

Cyprus has been divided since 1974, when Turkey occupied the island's north, later proclaiming the Turkish Republic of Northern Cyprus (TRNC). Turkey maintains military presence in TRNC, which is only recognized by Ankara as an independent state.