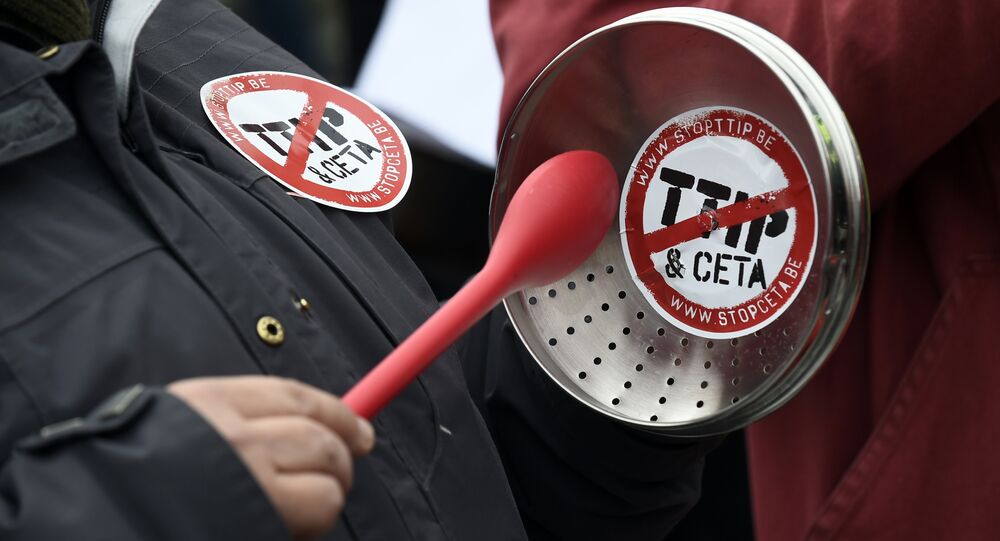 Belgium's Wallonia region will not agree to ratify the Comprehensive Economic and Trade Agreement (CETA) as its demands have not been met so far, the region's Minister-President Paul Magnette said Wednesday.

MOSCOW (Sputnik) — Earlier in the day, the EU parliament voted in favor of the deal by a margin of 408 to 254. The final implementation is pending on ratification by all member states but the parliament said most of CETA clauses could be provisionally applied within months.

"Wallonia will not ratify CETA as all the conditions that we have asked for have not been met," Magnette wrote in his Twitter account.

The agreement encountered difficulties last year when being ratified by Belgium due to opposition from the Walloon parliament. Belgium finally gave its signature after the federal government agreed to ask for a European Court of Justice ruling on the controversial Investment Court System (ICS) proposed by the treaty. The clause would allow multinational corporations to sue states in international arbitration courts in policy disputes and may be incompatible with EU law.

© Flickr / European Parliament
EU Parliament's Approval of CETA Blow to Environment - Greenpeace
The deal was signed in late 2016 by Canadian Prime Minister Justin Trudeau, European Council President Donald Tusk and European Commission President Jean-Claude Juncker. The European Commission, pressured by France and Germany, has stated that the agreement would also have to be ratified by all 28 EU member states, as well as the European parliament.

CETA aims to establish a free trade zone between Canada and the European Union. It has been criticized for undermining environmental protection, health and safety regulation and workers' rights.