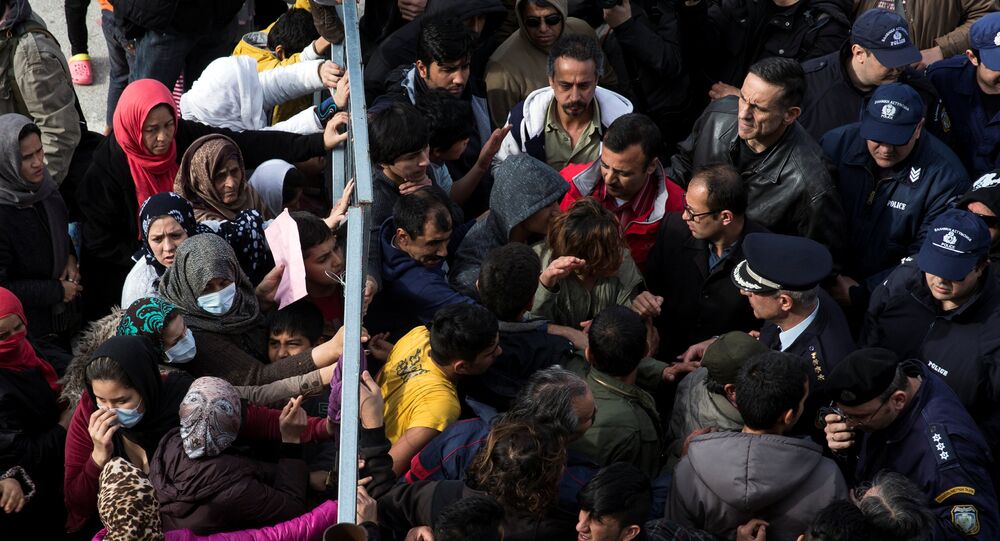 4400 migrants reached Italy by sea in January, a drop of 16% from a year ago and of nearly 46% from December, according to the report of EU border agency Frontex.

MOSCOW (Sputnik) — The EU border agency Frontex said Monday the number of migrants reaching the Central Mediterranean had decreased in January by almost 50 percent from December 2016.

"4400 migrants reached Italy by sea in January, a drop of 16% from a year ago and of nearly 46% from December," the agency said in a press release.

The main reason for the drop in the flows of migrants was extremely cold weather conditions across the Central Mediterranean, which also affected the Eastern Mediterranean that showed an 18-percent drop of migrants in January, according to the statement.

© AFP 2021 / Andreas Solaro
Over 1,500 Migrants Rescued Crossing Mediterranean in Past Two Days
The number of illegal border crossings in the region of the Western Balkans in January was reportedly the same as in December, but 97 percent less than in January 2016.

The European Union has been struggling to manage a massive refugee crisis which escalated in 2015 with hundreds of thousands of people from the Middle East and North Africa seeking asylum in the EU member states, travelling across the Mediterranean.

Some 180 Migrants Die in Saturday Shipwreck in Mediterranean

Over 100 Refugees Missing, 8 Dead After Shipwreck in Mediterranean