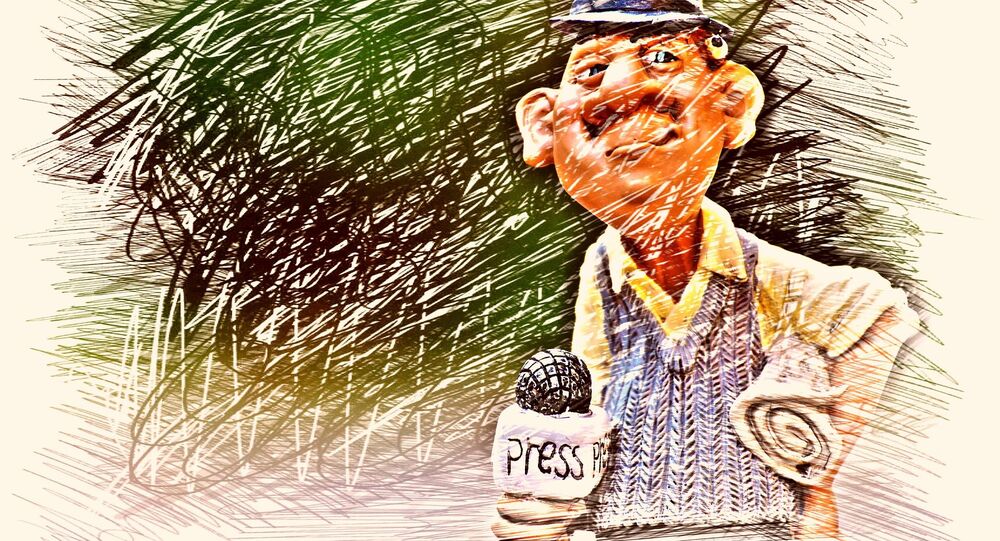 The UK Law Commission has proposed an "Espionage Act" that would see leakers, whistleblowers and journalists, who break the Official Secrets Act, jailed as spies – and a charity that offers support to whistleblowers has told Sputnik it marks the first active crackdown on leakers by the UK government for some time.

The proposals are buried in a 326-page consultation paper, Protection of Official Data, and are claimed to be motivated by a desire to protect UK national security — although the term itself is never defined. In practice, the proposals — if adopted — would categorize leaking and whistleblowing as on a par with spying for foreign powers. Sentences would even apply if a leaker or whistleblower was not British, or in Britain.

Furthermore, overseas British embassies, intelligence and security offices, as well as data centers would be designated "prohibited places," making it an offense to publish information about them.

UK Law Commission expands espionage definition (up to 14 years in prison for journos). Can you believe it? pic.twitter.com/QT5pVz2u8v

Under the proposals, espionage would be defined as "committed by someone who not only communicates information, but also by someone who obtains or gathers it," and there will be "no restriction on who can commit the offense."

If the proposed law had been effective in 2013, all journalists involved in the Edward Snowden exposures — even those who merely handled copies of secret documents — would've faced jail.

Sentences for breaking the act should rise from 2 to 14 years imprisonment, the Commission suggests.

© AFP 2020 / CARL COURT
A combination made on July 3, 2013 shows a file picture of WikiLeaks founder Julian Assange (L) taken on June 7, 2013 in London and a still frame grab recorded on June 6, 2013 in Hong Kong of former US agent of the National Security Agency, Edward Snowden

While the Commission claims the proposals were crafted following extensive consultation with government departments, the police, intelligence agencies, judges, lawyers and rights groups have questioned the veracity of this claim.

Andrew Pepper-Parsons, head of policy at whistleblowing charity Public Concern at Work (PCaW), says his organization had one informal meeting with the Commission.

"When we met them, it was to talk about data protection. There was no suggestion proposals of this kind would arise from the meeting. Moreover, when we met them, we specifically said any reform of UK secrecy laws must include a public interest defense to protect whistleblowers and leakers, which is currently absent from the Official Secrets Act. These proposals actively say it shouldn't be. If they were already in effect, the whistleblower who told journalists about the Trident missile failure would've been prosecuted," Mr. Pepper-Parsons told Sputnik.

Moreover, Mr. Pepper-Parsons said, the proposals make prosecuting leakers even easier than before — currently, if a government wishes to prosecute a leaker, they need to prove a leak was damaging. This requirement would be removed in an updated act. Likewise, the ability of authorities to prosecute publishers is also an entirely new power.

While he recognizes that the UK government wants individuals to use internal mechanisms within their organizations and workplaces to resolve issues they identify, he's clear that the ability to publicize these concerns publicly shouldn't be removed:

"This is the first time in my lifetime that the government has sought to actively crack down on whistleblowers. The government thinks they'll benefit from these rules, but I don't think they will.

"If you suppress information in this way, you make governing a lot harder. The government is conflating national security with being embarrassed. It's obviously important to protect secrets, but it's equally important that issues can be raised publicly without fear of retribution," Mr. Pepper-Parsons added.

For any UK citizen concerned about the ramifications of the act, the good news is that all is not lost — the proposals remain at the speculative, recommendation phase.

The Commission said final recommendations will be "shaped by the views of those who respond to our open consultation, now open until April 3." They will then publish a revised report.

"The proposals also have to go through both Houses of Parliament before becoming law, but whether they'll be dropped outright remains to be seen," Mr. Pepper-Parsons concluded.