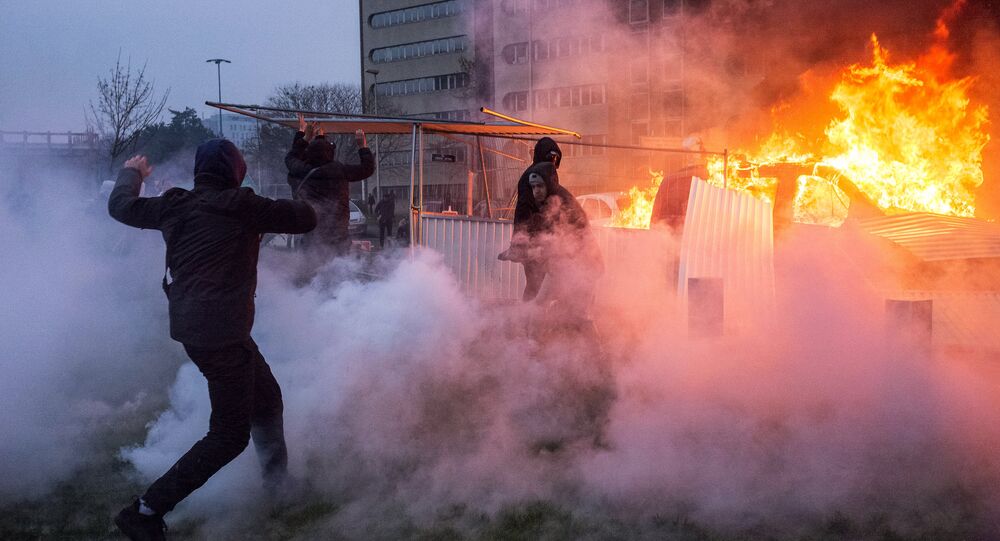 © AFP 2021 / GEOFFROY VAN DER HASSELT
Protests in Paris: Will 2005 French Riots Happen Again? (VIDEO)
MOSCOW (Sputnik) — On Saturday, some 2,000 people participated in a rally opposing the violent actions taken by police officers during the detention of a 22-year-old man named Theo. The crowd, demanding "Justice for Theo" was dispersed by police that used tear gas, as several hundreds of protesters were throwing different objects at the police and set several cars on fire.

The detentions took place across the Seine-Saint-Denis department, the administrative center of which is Bobigny, the French Europe 1 broadcaster reported citing a police source on Sunday.

The news outlet added that after the end of the protest in Bobigny, several incidents took place both in the town and in the neighboring communes.

Earlier in the month, police detained and violently beat Theo over his alleged connection to drug dealing. On February 5, one of the police officers was charged with rape, and three of his colleagues with deliberate violence.