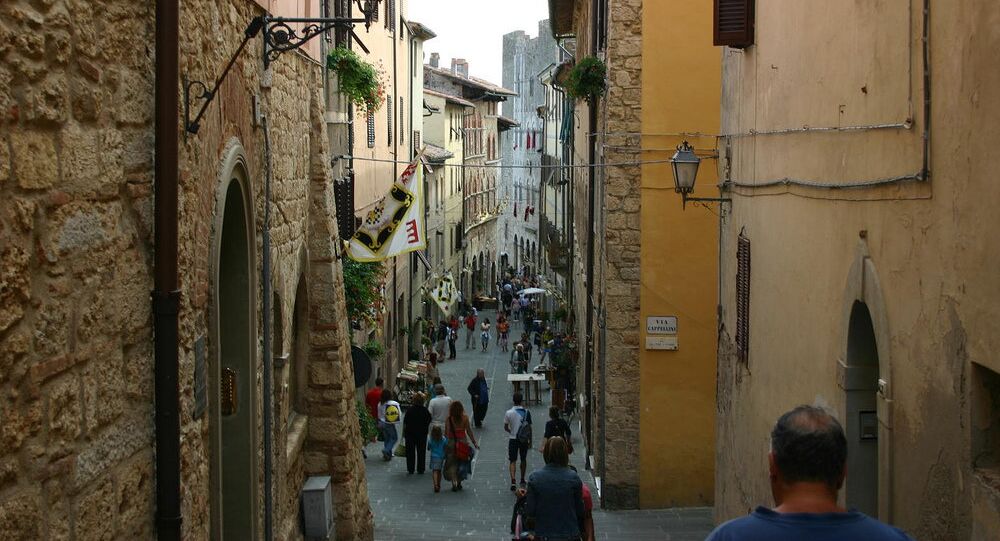 31-year-old Italian politician Gianni Musetti has founded a "Trump Party" to run for the mayoral elections in the Italian city of Carrara (in the Tuscany region). The aim of the politician is simply to "enliven" the center-right movement in the country and be very close to the people, as Donald Trump, he says, was the choice of the ordinary people.

The Italian city of Carrara in sunny Tuscany is electing a new mayor, and one candidate is running on a "Trump Party" ticket. The 31-year-old mayoral hopeful Gianni Musetti, who chose the Trump brand for his new political platform, is set to run for the post later in spring.

According to the politician, the aim of the party is simply to "enliven" the center-right movement in the country and be very close to the people.

When asked why he had chosen the name of the new US president, Musetti explained that Trump does not use the "language of the politicians" but prefers to speak the language of the ordinary people.

"He speaks directly, the way the ordinary people do, without resorting to the so-called 'language of the politicians'," he explained to the local media.

"When two politicians are talking to each other on a talk show it is hard to understand what they are talking about, as not many people keep their eyes on the politics," he further elaborated.

Musetti noted that the "Trump party" is not just a name but a new political project, which has been launched at a local level, but which has the potential to grow into a nationwide venture.

© AP Photo / J. Scott Applewhite
Republicans Secretly Worry Trump 'Not Right, Mentally' - Senator Al Franken
The politician explained that there is no strong party for center-right candidates and the voters do not know if there is someone to represent their interests.

"With the election of Trump I have seen a new impetus for right-wing voters," he said.

"We want to unite all center-right candidates around our Trump party. I receive calls from all over Italy and my Facebook page is full of comments from those wishing to represent our party," Musetti told the media.

The program of the party is written in the best traditions of the new US president, suggesting the measures to toughen the immigration laws and impose economic protectionism.

The politician also advocates a quick Italian exit from the European Union.