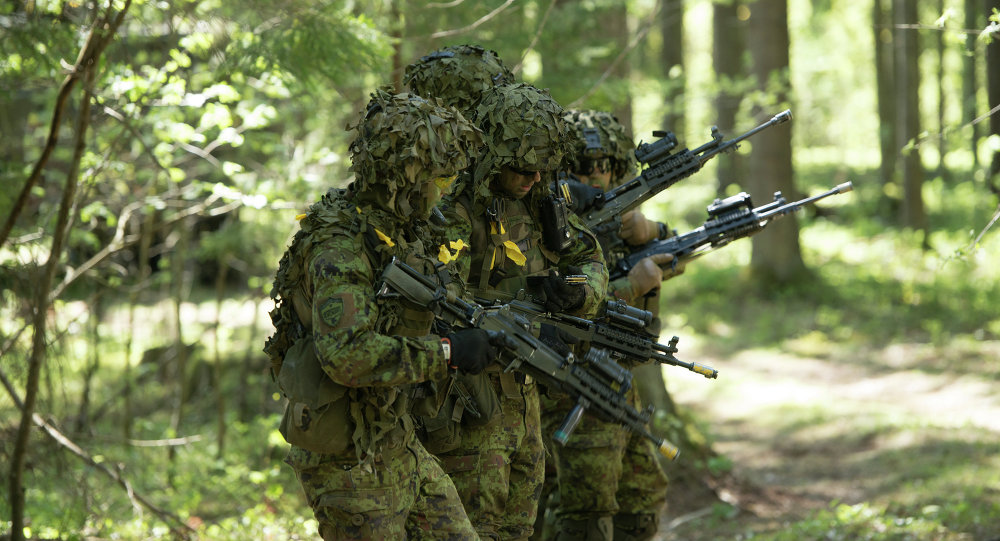 The Estonian Defense Minister on Friday called on the Baltic states to boost defense spending.

© REUTERS / Ints Kalnins
Estonia, US Sign Agreement on Defense Cooperation - Estonian Defense Ministry
TALLINN (Sputnik) — Estonian Defense Minister Hannes Hanso on Friday called on the Baltic states to boost defense spending as Tallin was the only one to invest in the area the required by NATO minimum of 2 percent of GDP.

"The Baltic States' defense spending has recently increased but in order to ensure security more funds must be invested. These 2 percent of GDP  should not be seen as a ceiling for defense spending. This is the starting point, in other words, the minimum standard," Hanso said speaking at the Security Committee of the Baltic Assembly.

In the 2017 Estonian state budget the defense spending reached a record of 477 million euros ($507 million), which is 28 million euros more than last year, and amounts to 2.18 percent of GDP.

According to the country's Defense Ministry, Estonia is the only Baltic state and one of five EU members to meet the NATO requirement.

The authorities of Latvia and Lithuania have previously stated their intention to fulfill the criteria in 2018.

The Baltic Assembly (BA) is a regional organization established in 1991 to promote intergovernmental cooperation between the Baltic republics of Estonia, Latvia and Lithuania.

NATO to Spend Additional $70Mln on Military Construction in Estonia