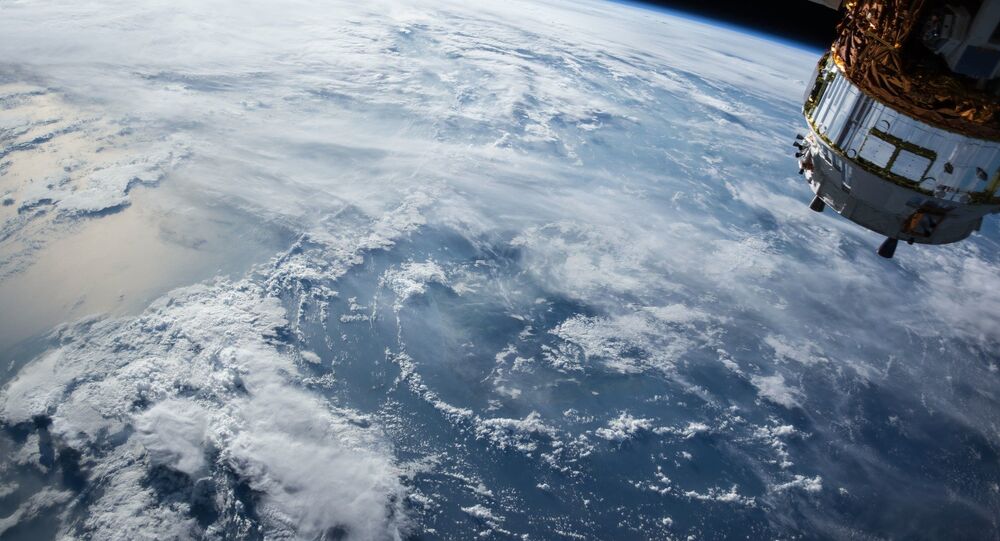 There are neither sanctions nor politics in space and cooperation there between Russia, the US and Europe is absolutely vital. In an interview with Sputnik, the head of the Italian Space Agency (ASI), Roberto Battiston, spoke about the joint projects being implemented by ASI and Russia’s Roscosmos space agency.

Roberto Battiston described Russian-Italian relations, including in space exploration, as “absolutely special.”  And special they really are as the two countries’ space agencies are working hand in hand on numerous projects, including the ExoMars 2020 mission to study the Red Planet.

“First off, I’d like to mention our joint work to get Italian astronaut Paolo Nespoli ready for a six-month stint on board the International Space Station where he will conduct a series of new experiments,” Roberto Battiston told Sputnik Italy.

© Sputnik / Igor Russak
Roscosmos Head Hopes Moscow, Washington to Extend Space Cooperation
“The mission, to start somewhere in June or July, will already be his second long-term mission in space. Besides, Nespoli, who is 60, will have a chance to study the effect zero gravity has on middle-aged people,” he added.

Italy is developing detectors at the heart of a “dish” for the Millimetron — a 10-meter space telescope designed to study extremely dark objects in the Universe at millimeter and infrared wavelengths. Russia leads the project.

“Last year we signed a major agreement with Roscosmos to develop a system of GEOSAR geostationary satellites for continuous monitoring of the territory of Eurasia and obtaining information about large areas, which is something the existing satellites can’t do,” he said.

The joint project ASI and Roscosmos signed during last year’s Economic Forum in St. Petersburg will provide new data about the humidity levels across large territories, the state of farmlands, forecast landslides and keep an eye on large geological objects.

“We are also working closely together as part of the ExoMars 2020 project. We are going to assemble a rover on Mars to drill 2-meter holes to analyze samples of Martian soil, water and ice which could contain traces of biological life,” Battiston noted.

“Russia was the first to launch a space satellite and implement a wealth of successful projects in space. As for Italy, it was the third country after the former Soviet Union and the United States to orbit a space satellite."

"Italy is happy about its close and fruitful cooperation with such a leading space power as Russia,” Roberto Battiston said in conclusion.

Russia and Italy have been making moves toward closer cooperation in the area of space technologies. In April, ASI President Roberto Battiston told Sputnik that Italy’s space program would like to extend its technological cooperation with Russia into the fields of microsatellites and orbiting satellite constellations, adding that the ASI maintained close and continuous coordination with Roscosmos.