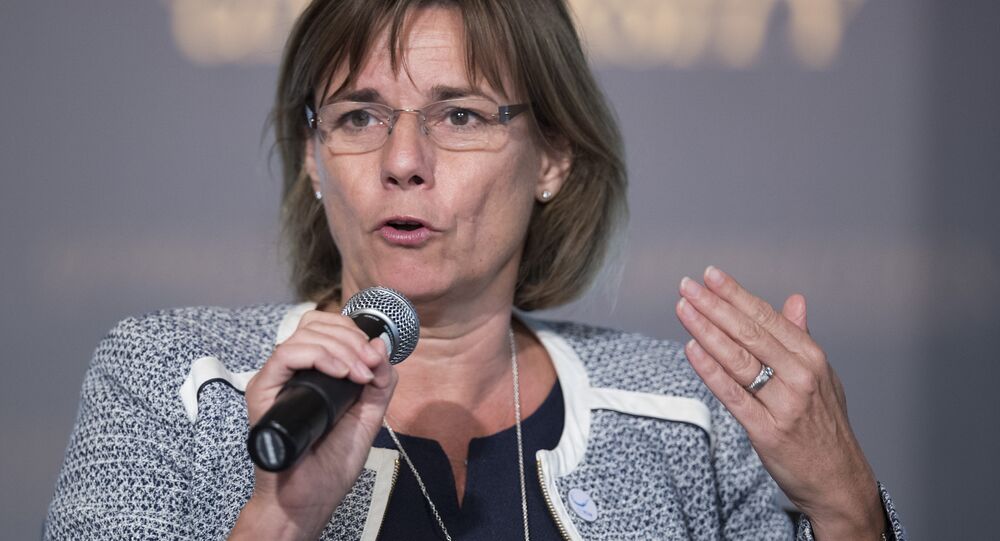 Donald Trump has never been a media darling in Sweden. During the election campaign he was habitually painted as misogynist, racist and fundamentally anti-democratic. Now that he is US President, Sweden is taking serious action.

© AP Photo / AHMAD GHARABLI
Feminists Fume as Sweden Moves to Ban Gender Segregation in Schools
One of the first decisions Donald Trump made as US president was to stop assistance to foreign organizations that support abortion. The Swedish government, which prides itself on being the world's first ‘overtly feminist' one, is one of the initiators of the international conference on women's rights and fundraising campaign to offset Trump's efforts, Swedish Radio reported.

So far, eight countries have signed up to the pan-European effort to promote and protect women's rights around the globe in direct response to the US leader's decision to reinstate a ban on US funding to groups that provide information about abortion, which is disparagingly known as the 'gag rule.'

Seeing a lot of posts about Trump signing an anti-abortion order with only other men present. Here’s the uncropped photo of the signing. pic.twitter.com/0gAzSnZ4Nx

​As a prelude to the global fundraising campaign, Sweden, together with Belgium, the Netherlands and Denmark, will arrange the "She Decides" conference in Brussels on March 2, where government officials and civil society representatives from 50 countries will take part. While the aim is to make a stand for women's rights around the globe, the political message towards the US is obvious.

"If you know that this is a very bad road to go down if you want to save women's lives, if you want women and families to have power over their own lives and that girls should be able to go to school and not get pregnant too early, then it is important that we stand up for the right to planned, safe and legal abortions. But also that we show how much money we are prepared to put up," Swedish Minister for International Development Cooperation and Climate Isabella Lövin said, as quoted by Swedish daily Sydsvenskan.

© AFP 2021 / JONATHAN NACKSTRAND
Sweden's Feminist Gov't Funnels Millions Into 'Yet Another' Equality Authority
Isabella Lövin also said that the conference in Brussels was a political statement and a token of support for women's rights and welcomed contributions from philanthropists and individuals in order to fully replace the US aid which was cut to abortion organizations.

Last week, the very same Lövin rose to international fame when she seemed take a hit at Trump himself. Lövin notoriously posted an image of herself surrounded by her female colleagues mocking the image of the US President signing the anti-abortion order surrounded by men.

Just signed referral of Swedish #climate law, binding all future governments to net zero emissions by 2045. For a safer and better future. pic.twitter.com/OqOO2y8BU6

© AFP 2021 / FAYEZ NURELDINE
Sycophant Swedish PM Gives Kudos to Women’s Rights in Saudi Arabia
The Swedish minister grabbed global headlines last week when she appeared to take a swipe at Trump by posting an image of her and her female colleagues parodying the image of the US president signing off on the anti-abortion order while surrounded by men. The image of Lövin signing the proposal for Sweden's new climate law poking fun at Trump's photo quickly spread on social media, triggering a sequence of women-only photos by various Swedish authorities.

Sweden's new climate law is designed to ensure a "credible climate policy" and aims to reach the ambitious target of achieving a net level of zero greenhouse gas emissions by 2045. Although hailed as a landmark decision and a breakthrough by Swedish Greens (who happen to be Lövin's party colleagues), it was criticized as a pipe dream by power engineering specialists.