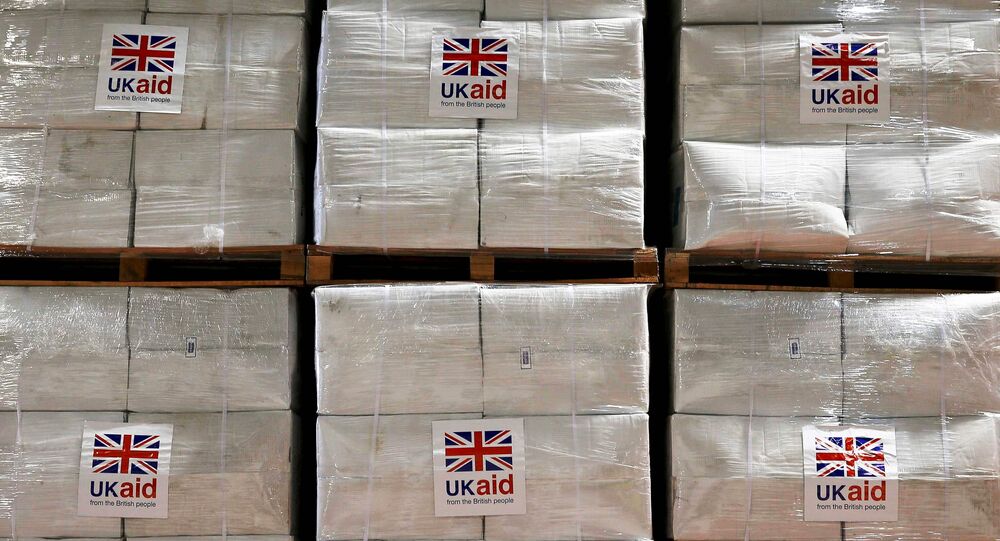 Under David Cameron's coalition government, funding to "unstable" nations was significantly increased, and ringfenced. In a damning report, the National Audit Office (NAO) has concluded the policy directly increased the risk of malfeasance. The largest number of top priority investigations were related to dealings in Afghanistan, Somalia, Syria and the Democratic Republic of the Congo.

Under Mr. Cameron's government, 0.7% of the UK's national income was allocated to international aid; the cash total rose to approximately £12 billion (US$15 billion) in 2016. Half of the aid spending by the Department for International Development (DfID) was restricted to "fragile states and regions," a pledge reaffirmed in the 2015 Strategic Defense and Security Review.

Daniel Mahoney, head of economic research at the Center for Policy Studies, told Sputnik the report was just the latest in a litany of revelations exposing serious issues related to the UK overseas aid budget.

"There are already a number of worrying consequences associated with the Government's target of spending 0.7% of GNI on overseas aid. Evidence suggests that aid is being rushed before the end of a financial year and the UK's influence over money given to multilateral aid bodies is often very limited," Mr. Mahoney said.

"The NAO findings only add to these concerns. Over this period, DfiD's spending has jumped by around 25% in order to meet the 0.7% target. "In light of evidence that the 0.7% target is leading to perverse outcomes, the Government must review the International Development Act that enshrines the 0.7% target into law."

During this period, DfID's fraud caseload quadrupled. In the nine months to December 31, 2016 alone, 475 allegations of fraud were received by the Department. Simultaneously, DfID has "significantly" reduced the way it publicly reports fraud in annual reports and accounts.

At the same time, the UK Foreign Office's fraud caseload has also seen a "significant increase," with claims doubling between 2011 and 2016. Around three quarters of the cases involved staff making questionable claims for travel and subsistence, and procurement.

Aisha Dodwell, aid campaigner with Global Justice Now, said fraud was not the whole picture with regards to the problems of aid spending.

"There's been a massive rise in aid money going to the private sector with little impact on poverty reduction. There are many well-documented examples of aid money being spent on expensive consultancies, on supporting the privatization of healthcare and education and so on — in effect, helping big businesses grow their businesses in African countries. That's clearly not right. Aid should be about helping countries to build decent public services so no one has to die as a result of lack of money. It shouldn't be spent as a slush fund for big business," Ms. Dodwell told Sputnik.

The NAO said it was "particularly challenging" to detect fraud in over half the spending by the Department for International Development, as the money was routed through other international organizations such as the United Nations and World Bank.

The Office also suggests financial misconduct by UN organizations is underreported, and the problem could be "significant and endemic." There were also particular difficulties in auditing aid spending in countries where bribery is a "cultural norm."

This is not the first time the DfID, and the UK's aid budget, has been found to facilitate fraud and corruption in the third world.

In 2014, the Independent Commission for Aid Impact found governments in some countries encouraged individuals and businesses to forge documents to gain grants, while in others authorities in charge of distributing aid accepted bribes in return for preferential treatment. The Commission gave DfiD's anti-corruption efforts the second lowest rating, classing it as performing relatively poorly and ripe for significant improvement.

Global Justice Now has previously criticized the creeping privatization of foreign aid, which has seen millions spent on lobbying for the rewriting of laws and privatization of industries in third world countries, rather than development or poverty relief.