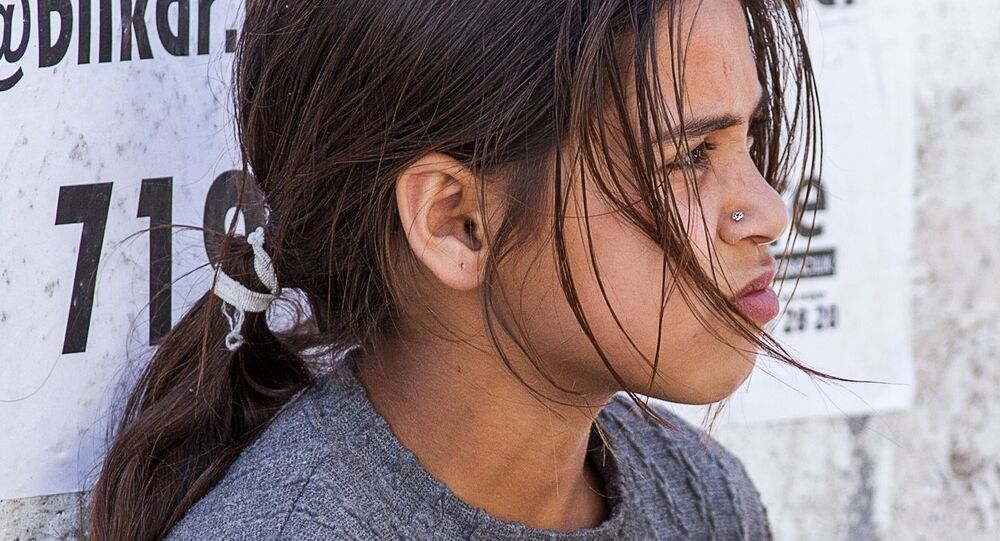 "Saddened, shocked," "shameful" and "catastrophic" - these are just some of the words uttered by British politicians, campaigners and clergy after the UK government decided to end a scheme allowing vulnerable young child refugees into Britain.

"I feel chilled to the core that our government could take such a catastrophic decision like this," Dr. Alison Phipps, academic and activist with Glasgow Refugee, Asylum and Migration Network told Sputnik.

​Ministers have announced that the British government will stop allowing unaccompanied child refugees into the country once the quota reaches 350.

"Chilled that such a decision puts more vulnerable children waiting in hope in an even more doubtful and anxious situation," Dr. Phipps said, "especially after so much work from politicians and NGOs campaigning for the amendment."

The British government cites fears it would encourage people traffickers, fears which are "mythical," according to Dr. Phipps.

"Incentives are mythical, it's extremely difficult to come through our borders or pass the paperwork necessary to be welcomed as a refugee in this country," Dr Phipps told Sputnik.

© AFP 2020 / Thibault Camus
Rights Group Urges UK, France to Help Migrant Children Reunite With UK Relatives
"These are children reaching the age of puberty, a time in their life when everything is changing, they need to find people they can trust but they haven't been able to form that sense of understanding, so they're in a very vulnerable situation," she added.

The Dubs amendment was introduced by Labour peer Lord Dubs, to try and help the estimated 90,000 unaccompanied child refugees stuck in Europe.

"Lord Dubs was himself a child refugee before the Second World War. He knows what it's like," Sarah Crowe, Unicef spokesperson told Sputnik.

Lord Dubs says Home Office decision to close down scheme to bring lone child refugees to UK is "shutting the door on the most vulnerable."

"Behind every number there is a vulnerable young person languishing in grief who has a legitimate reason to be reunited with families in the UK. They need help now and the UK has a long and rich tradition helping refugees and we hope it will continue," Ms. Crowe said.

Our Exec Director Tony Lake on why everyone must be there #foreverychild. RT if you agree. pic.twitter.com/4V3P7l3GP8

The government had initially committed to welcoming 3,000 lone refugee children stuck in Europe into Britain — but have reneged on the commitment.

"We need to see these children as children, not refugees or migrants. They're fleeing war and persecution, they're stranded, it's not their own fault," Ms. Crowe told Sputnik.

Britain's Home Secretary Amber Rudd, said the government's decision to end the scheme was made after France raised concerns that it could encourage more children to try and reach Europe:

"I am clear that when working with my French counterparts, they do not want us to indefinitely continue to accept children under the Dubs amendment because they specify, and I agree with them, that it acts as a draw.

"It acts as a pull. It encourages the people traffickers," Amber Rudd said.

An incentive described as "mythical" by Alison Phipps, who has worked at the coalface with child refugees in "huts, containers and camps" across Europe.

"I believe in arbitrarily closing down the scheme, without any good reason for doing so, the government is in breach of its own commitments," Lord Dubs told the House of Lords.

Just 350 of a possible 3,000 unaccompanied child refugees have been brought into Britain from Europe under the Dubs amendment scheme.