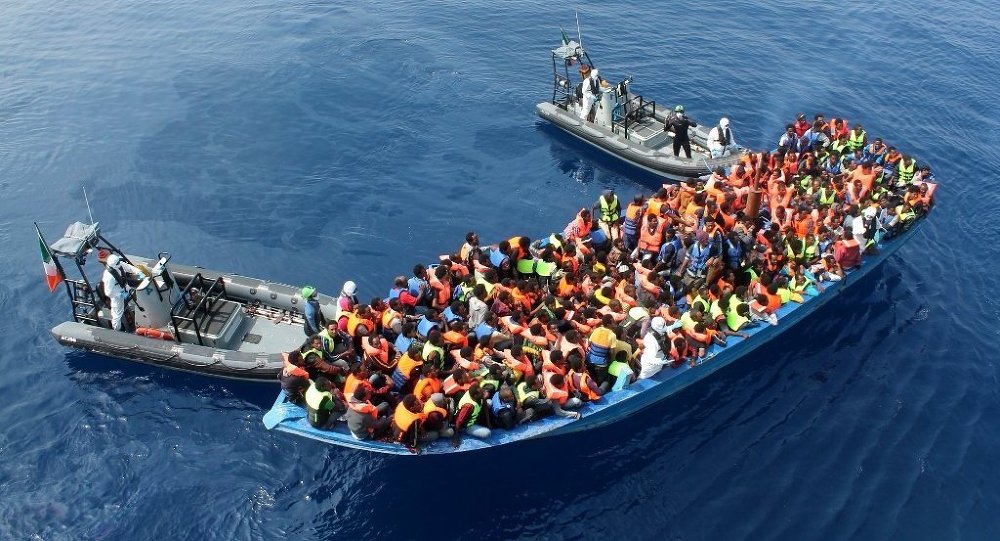 Italian Prime Minister Paolo Gentiloni and his Libyan counterpart Fayez al-Serraj have signed a memorandum of understanding to combat illegal migration and human trafficking in the Mediterranean. However with a parallel government in Tobruk and key coastal regions controlled by Daesh, implementing this could be a problem.

© REUTERS / Giorgos Moutafis
Italy-Libya Migrant Deal 'Makes Good Sense' as EU Secures External Border
The European Union believes that it will be able to stem the tide of illegal migration by establishing a sea blockade and controlling the Libyan seaports migrants use on their way to European shores. To make this happen, however, Italy will have to finance the operation, train Libyan coast guards and repatriate illegal migrants.

Sputnik Italy discussed the issue with Giuseppe Paccione, an expert on migration and European law who carefully examined the text of the February 2 memorandum.

“Enforcing a blockade inside a country’s territorial waters requires official permission by that particular country. As far as I know, Libya has not granted such a permission to ships operating in international waters as part of Operation Sophia to combat the illegal trafficking of migrants to Europe,” Giuseppe Paccione said.

He added that Italy will have to help train, finance and equip Libyan coast guards, set up a network of migrant accommodation centers and to repatriate those who are not covered by the 1951 Geneva Convention on the status of refugees.

“Right now Italy wants to sign bilateral agreements to send back those who have no refugee status. The problem is, however, that the Libyan government does not control some of its coastal areas human traffickers use to send their ‘clients’ to Europe. The memorandum could help deal with illegal migration and stabilize the situation in Libya,” Giuseppe Paccione noted.

He added that even though European Council President Donald Tusk said that the EU was able to stop the flow of migrants crossing the Mediterranean, Europe lacks a concerted migration policy.

“The only things Europe is united on are currency and taxes, not migration. The Western European countries are ready to set up migrant accommodation centers in order to stop the flow of refugees coming in from Libya. But this will not be easy,” Paccione observed.

With France, Austria, Germany, Greece, Spain and Turkey having closed their borders, the Mediterranean Sea remains the only route they can now use to get to Europe.

“Many in Italy refuse to let in any more migrants and they have every reason to do so because many people here are going without a job. I think that 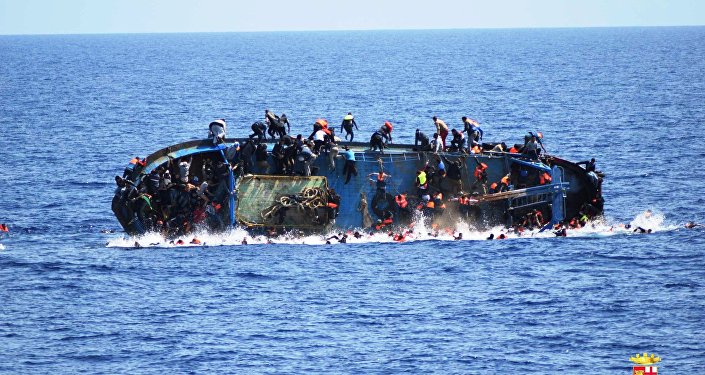 © REUTERS / Marina Militare
UNICEF: Some 190 Refugee Kids Drowned on Libya-Italy Sea Route in Three Months
Italy should take care for its own citizens before it helps foreign refugees who have every right to become part of the Italian society of course. However, they must abide by the laws of the country they come to, otherwise the government could intervene and [deport them],” Paccione noted.

He added that, in keeping with the Geneva Convention,   countries should first and foremost accept people who are persecuted for political, ethnic and ideological reasons, not the so-called “economic migrants.”

“It is up to a sovereign and independent country to decide whether a person can be allowed to stay on its territory or not,” Giuseppe Paccione emphasized.

The European Union will face another wave of migrants coming from Africa across the Mediterranean next spring, unless agreements like the deal with Turkey are made with the countries of northern Africa, Maltese Prime Minister Joseph Muscat warned.

© REUTERS / Srdjan Zivulovic
Slovenia Passes Amendments to Close Border in Case of Migrant Crisis
The EU border agency Frontex detected over 1.83 million illegal border crossings in 2015, in contrast to some 283,000 in 2014.

Preliminary Frontex data for 2016 suggests that 182,500 people crossed the EU border, with the major drop attributed to the EU-Turkey deal on migrants.

The figure contrasts sharply with the spike in migrant deaths. According to the International Organization for Migration, over 5,000 migrants died attempting to cross the Mediterranean Sea in 2016, which makes it the most deadly year on record for the Mediterranean migration route.