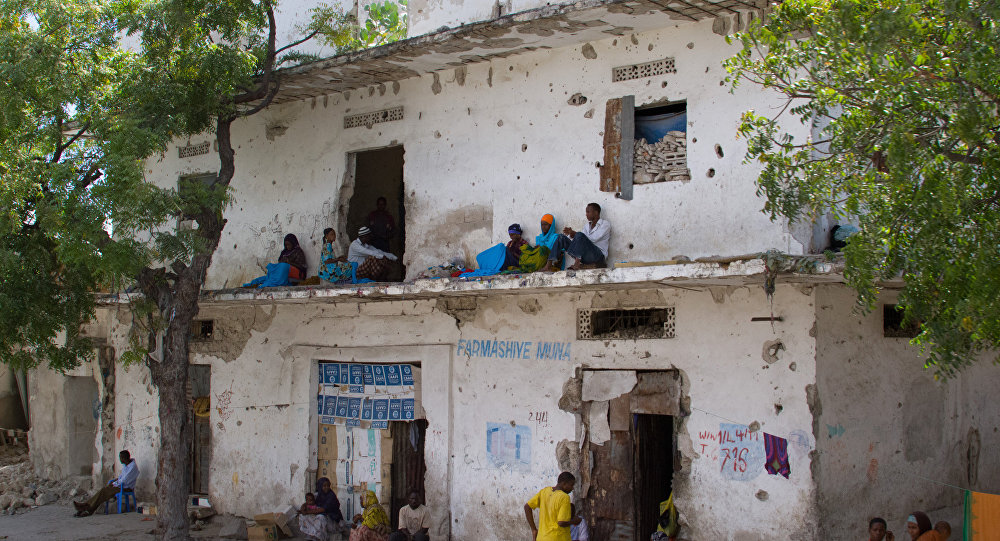 The road to hell is often paved with good intentions. Norway, which is one of the world's most generous contributors to relief efforts, has spent millions on promoting democracy in war-torn Somalia, but failed miserably on all counts. Norway's lavish efforts did little to ease ordinary Somalians' plight, yet proved costly for the state coffers.

© AFP 2019 / JONATHAN NACKSTRAND
Migrants to Put Norwegian Welfare Under Stress, Outnumber Norwegians Soon
Since 2012, Norway has spent a total of 1.6 billion NOK ($190mln) on furthering democracy in Somalia — without any tangible effect. Ironically, the ambitious plan for bolstering Somalian democracy was called Vision 2016, yet proved to be of no effect, Norwegian daily Aftenposten revealed.

Vision 2016 was adopted in September 2013. The Norwegian government set three main goals (extending suffrage, establishing a federal state and creating a new constitution), but failed bitterly in reaching either of them, only fueling bribery in the world's arguably most corrupted nation, aggravating chaos and intensifying the terrorist threat.

"The only change that has occurred since the last presidential election in Somalia, is that more money is being used on bribes in order to be elected," Redi Bereketeab, senior researcher at the Nordic Africa Institute in Uppsala, Sweden, told Aftenposten. "All methods are used. Money, clan affiliation and coercion," he added.

© AFP 2019 / MARWAN NAAMANI
Norwegian Healthcare: Hijab OK, Niqab and Burka Bad
While Norway's ambition was to give millions of Somalians the right to vote, only 54 members of the upper house and 275 members of the lower house of the National Assembly are to elect president. Remarkably, the MPs themselves are not chosen by the entire nation, but by 135 elders representing the country's main clans, which are expected to reinforce dogmatic Islam rather than democracy.

"I think we can safely assume that many MPs have bought their seat in parliament," councilor Grethe Neufeld from Landinfo, which is an independent body within the Norwegian Immigration Authorities, told Aftenposten.

Efforts to revise the Somalian constitution are meanwhile so slow that even Norwegian aid agency Norad admitted that "little has happened." At present, nothing indicates that there is a constitutional draft available for deliberation in Somalia.

© AFP 2019 / DANIEL SANNUM LAUTEN
Norwegian Bank Entices Muslims With Interest-Free 'Halal Loans'
Lastly, efforts to establish a federal state ended in a fiasco of the same proportions. The breakaway Republic of Somaliland continues to struggle for independence, whereas pan-Somalian institutions intended to keep the federation going are seldom established and end up understaffed.

Meanwhile, the Norwegian Foreign Ministry insisted that one must arm themselves with patience and stressed the undoubtedly positive fact that the proportion of Somalian women represented in the elections rose from 12 to 24 percent.

Somalia has been labeled a failed state since the outbreak of the Civil War in 1991. While the federal government indeed managed to wrest parts of the country from al-Shabaab radicals with the support from the African Union, the country is still regarded as a hotbed of Islamist terror.

"The government in Mogadishu has failed to bring peace and security and has little power outside the capital. The leaders have shown their incompetence and the people have no confidence in them. Donor countries like Norway should therefore prioritize peace and security above other things. It is an illusion to be able to build a democracy when the government fails to deliver basic amenities such as peace, security, schools and healthcare," Redi Bereketeab argued.

Despite Norway's grand-standing, everyday life in Somalia is marked by galloping corruption, extreme poverty and a looming threat of starvation. In recent years, the Somalian diaspora in Norway rose to become one of the country's largest.