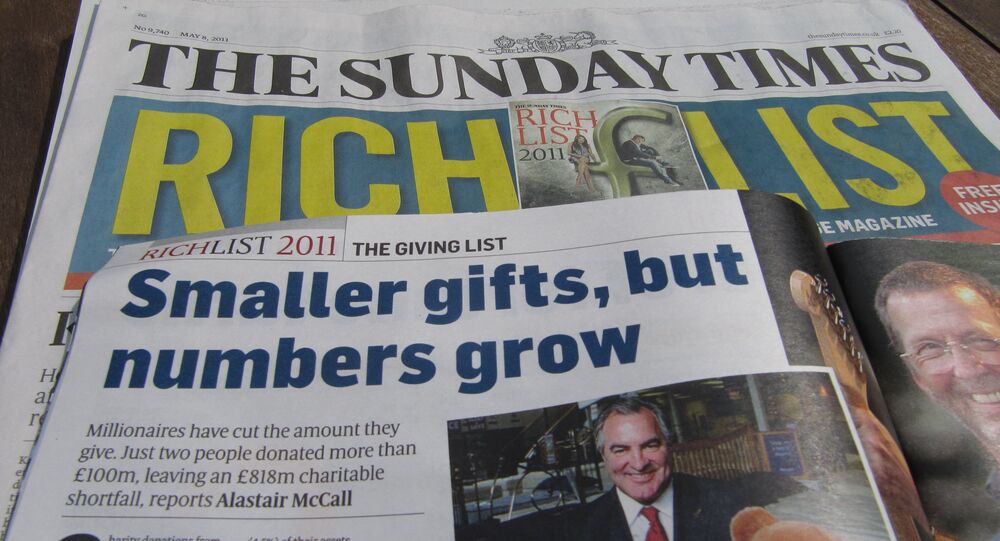 The UK Sunday Times newspaper will stick to its position concerning a recent article about the UK brands which are allegedly pulling advertisements from the RT broadcaster, a newspaper spokesperson told Sputnik.

© AFP 2020 / CARL DE SOUZA/FILES
UK Police Three Times More Likely to Taser Blacks Than Other Ethnicities
LONDON (Sputnik) — On Sunday, the newspaper published an article entitled "UK advertisers shun ‘Putin’ TV channel," stating that such big brands as Coral, Max Factor and Direct Line were pulling their ads from RT UK amid alleged accusations that its is spreading "fake news." The companies have reportedly started to pull ads after the UK Parliament's Culture, Media and Sport Committee announced launching an inquiry into the spreading of "fake news" phenomenon.

A spokesperson for the Sunday Times said they would "stand by their story" in a comment to Sputnik.

According to the Sunday Times, the Culture, Media and Sport Committee's Chairman Damian Collins called for the UK companies to remove their advertisements from media which are spreading fake news, although, at the same time, the RT broadcaster was not mentioned in his call.

RT Editor-in-Chief Margarita Simonyan said on Tuesday that the Sunday Times had distorted Collins' words in an attempt to deter UK advertisers from cooperation with the broadcaster.

The spokesperson for the Russian Embassy in the United Kingdom said that the UK public sees that RT has been working transparently with visible support of its viewership.