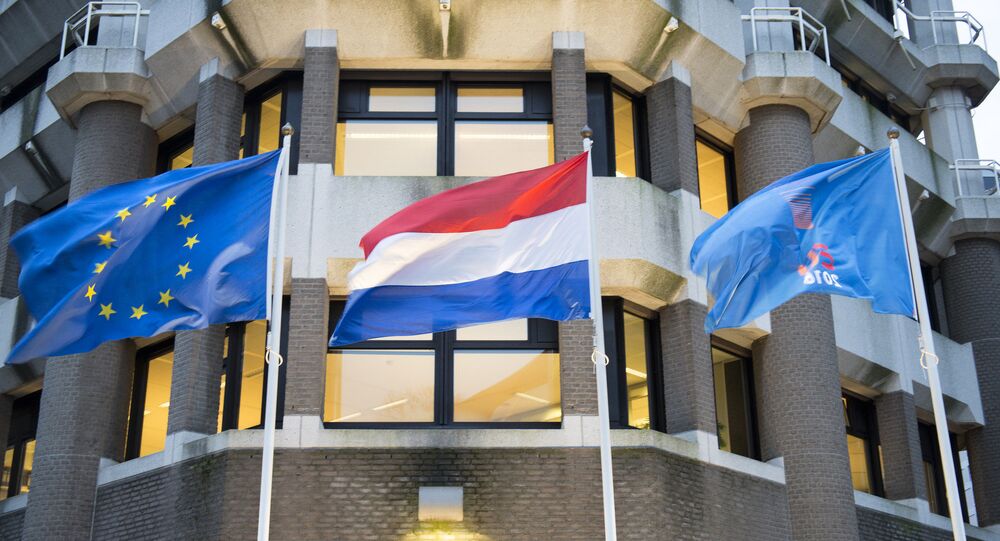 The Dutch senate approved the law that allows to remove Dutch citizenship from the dual nationals who are considered a threat to national security, such as Daesh supporters who attempt to join the group abroad, local media reported.

© Sputnik / Maksim Blinov
Netherlands Clarifying US Immigration Order Rules for Dual Nationals - Foreign Ministry
MOSCOW (Sputnik) — The legislation was passed on Tuesday by a narrow majority in Senate after being approved by the lower house of the parliament last year, according to DutchNews media outlet.

According to the outlet, the senate also approved the law that allows to cancel the passports of the people who are barred from travelling abroad.

This measure will reportedly help single out those who left to join terrorist groups in Syria or Iraq when they attempt to return to the Netherlands with their canceled passports.

French president Francois Hollande also considered revoking the French citizenship of convicted terrorists, but later scrapped the plan. Hollande's proposal was announced after 2015 terrorist attacks in Paris, for which Daesh, a terrorist organization, banned in many countries, claimed responsibility.

'The Netherlands Second?' Satirical Dutch Video Welcomes Trump in His Own Words