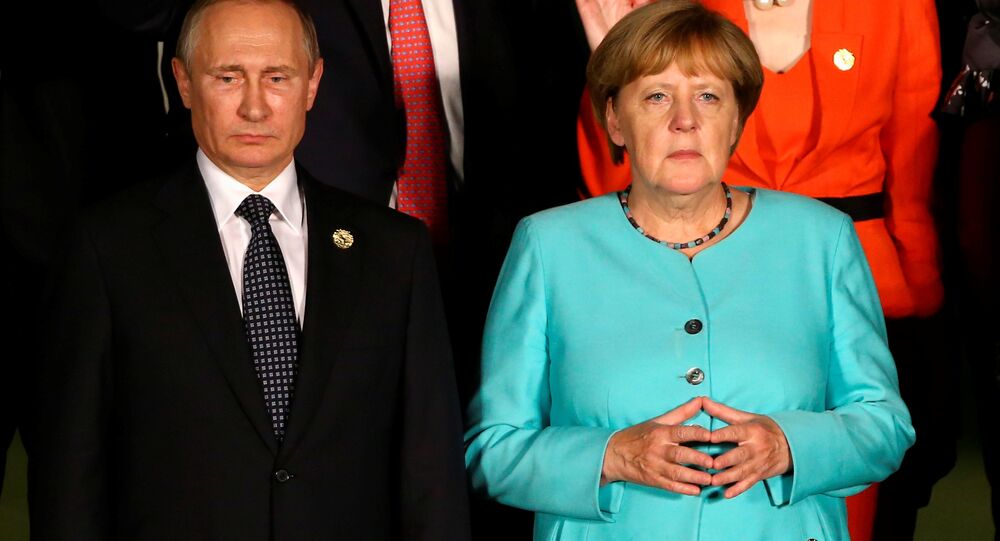 Russian President Vladimir Putin and German Chancellor Angela Merkel called for the immediate restoration of the ceasefire in Ukraine, according to the Kremlin press service.

"The Russian President and the German Chancellor spoke in favor of the immediate restoration of the ceasefire and supported in this context the efforts of the OSCE Special Monitoring Mission," the Kremlin said in a statement.

Russian President Vladimir Putin told German Chancellor Angela Merkel of Kiev’s attempts to disrupt the Minsk agreements on Ukrainian reconciliation and use the Normandy Format to cover up its destructive actions.

"Vladimir Putin drew A. Merkel’s attention to the data of the OSCE [Organization for Security and Co-operation in Europe] Special Monitoring Mission as well as to the statements of the official representatives of Kiev which evidence the attempts of the Ukrainian security officials to change the situation on the line of contact to their advantage militarily. The intention of the Kiev authorities to derail the Minsk agreements as well as to use the Normandy format to cover up their destructive actions is evident," the statement read.