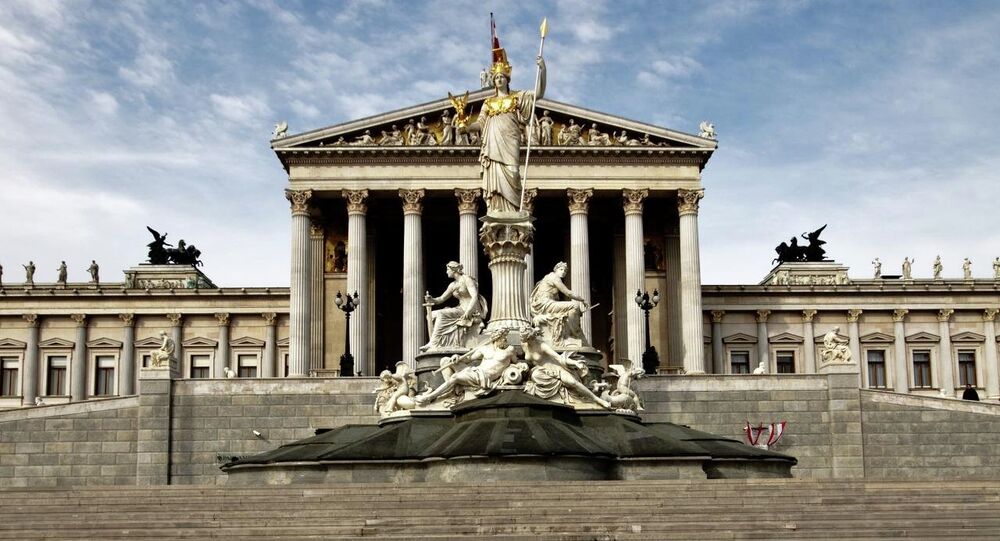 MOSCOW (Sputnik) — Last week, Austrian citizens collected more than 562,000 signatures in favor of holding a referendum on Transatlantic Trade and Investment Partnership, the EU-Canada deal CETA and other trade deals, far exceeding the number of 100,000 needed by law to make the parliament look into the issue.

"The Minister of the Interior will publish the final result of the popular initiative on March 1st, then the Parliamentary procedure can start: the Speaker of Parliament refers the Popular Initiative to the competent committee, which has to begin the deliberation within a month. After a further four months the committee has to report to the National Council, which discusses the report and puts it to the vote," Maria-Luise Janota explained.

With TTIP likely to be shelved amid US President Donald Trump’s opposition to it, the main battle will focus on CETA.

According to Janota, as CETA is a state treaty, it cannot be a subject of referendum as the petition required.

"Such a referendum is, however, possible regarding a vote on a federal constitutional law, which e.g. foresees not to conclude such a state treaty," she said.

© REUTERS / Francois Lenoir
'Disdain for Democracy': UK Minister Slammed for 'Burying' CETA Debate
CETA, aimed at removing tariffs on most goods and services which are traded between Canada and the EU member states, is due to be voted on in the European Parliament at its plenary session in Strasbourg in mid-February. However, it still needs to be ratified by the national parliaments of all EU members.

Austrian politicians are divided on the issue. While the Austrian People's Party, the junior partner in the ruling coalition, claims that all Austria's concerns have been already taken into account in the CETA deal, its senior partner, the Social Democratic Party (SPO) of Austria, is still cautious about the effects of the free trade deal on the country.