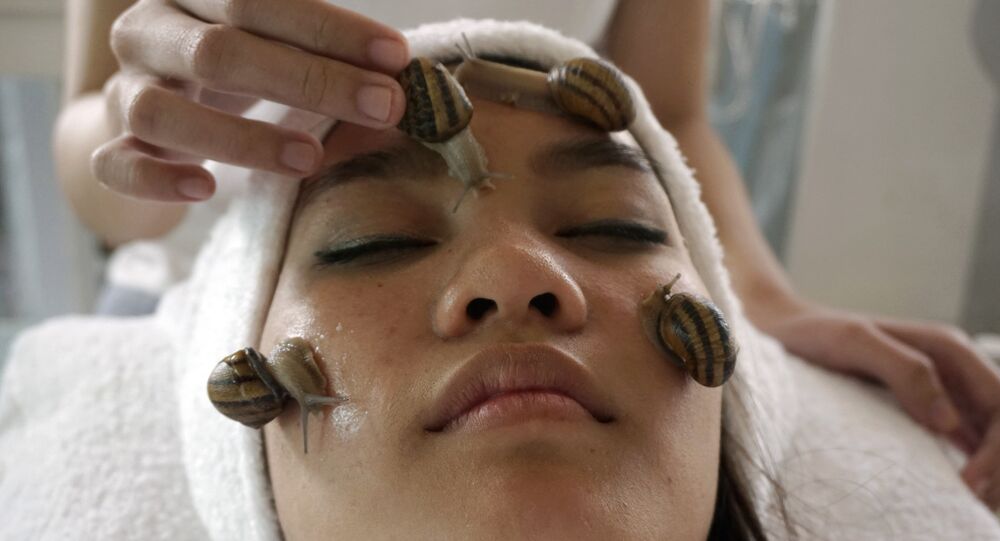 Women, worried about their wrinkles and laughter lines, are turning to mollusks for answers contributing to a boom in snail farming in Italy.

Snail breeding is booming with the mollusks' slime in high demand for beauty products in Europe. With production up by more than 325 percent, according to agricultural association Coldiretti, 44,000 tonnes of snails — dead and alive — are being used annually for the beauty industry.

Heliciculture, commonly known as snail farming, is now said to be worth US$180 million in Italy, with mollusks proving to be pretty versatile.

Yall never had farmed snail before?? I believe such a practise is called heliciculture…. pic.twitter.com/D8KgXwEtkj

Their flesh can be eaten, their slime is used in cosmetics, their eggs are included in caviar and the story behind their benefits for face creams is that they stimulate collagen production in humans.

"In the last 10 months alone, we've seen a 46 percent increase in snail slime, due to demand from the cosmetics industry," Sampa added.

However, dermatologists remain skeptical about quite how effective they are in slowing down wrinkles or hiding acne scars.

And for anyone worried about being cruel to creatures with shells, Italy's Heliciculture Association has come up with a machine which extracts snail slime by putting the snails in a steam bath.