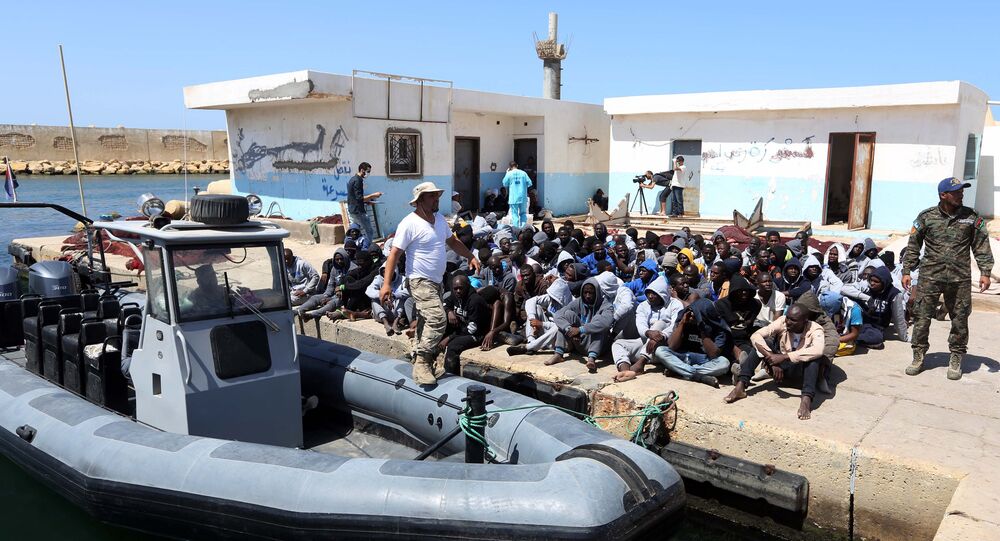 The EU has no partner in Libya to negotiate the return of undocumented migrants with, according to Slovakia's top diplomat.

"We have got a radically different situation in Libya, we have no partner in Libya for the time being, for the time it is not an option," Lajcak told reporters.

Libya is serving as the major Mediterranean gateway for migrants heading to the European Union.

© REUTERS / Goran Tomasevic
Arab Spring in Libya: The Merciless Destruction of a Once-Prosperous State
10
The country has been in a state of turmoil since 2011, when a civil war began in the country and its longtime leader Muammar Gaddafi was overthrown.

In December 2015, Libya’s rival governments — the Council of Deputies based in Tobruk and the Tripoli-based General National Congress — agreed to create the Government of National Accord (GNA), to form the Presidency Council and to end the political impasse. Despite the first meeting of the GNA Cabinet taking in January 2016, Libya’s Tobruk-based parliament still refuses to cooperate with the unity government.