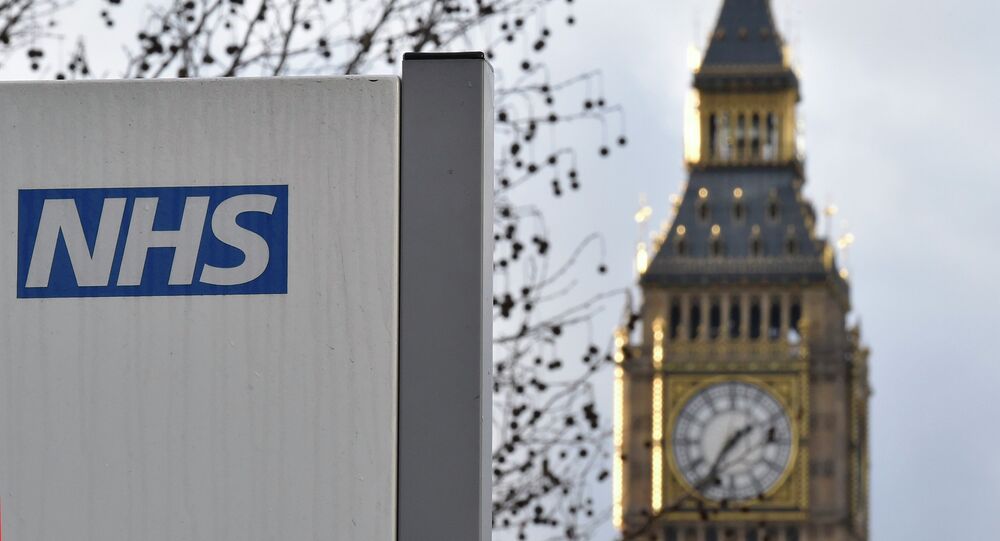 England has shown a 163-percent increase in a number of people waiting for hospital treatment longer than 18 weeks stipulated by the National Health System (NHS) regulations compared with the figures of 2012, local media reported Sunday.

MOSCOW (Sputnik) — The number of people, waiting for hospital operations, such as knee replacement, longer than the NHS rules stipulate, has shown a significant growth since 2012 and is exceeding 350,000 at the moment, the BBC broadcaster reported citing the figures made public by the NHS.

A total number of people waiting for hospital treatment in England is about 3.7 million at the moment, the media outlet added.

© REUTERS / Eric Vidal
Backlash Over Health, Food Scares in Transatlantic Trade Deal
According to the broadcaster, the number of "long waiters" in Northern Ireland, Scotland and Wales has also increased since 2012 by 95, 82 and 74 percent respectively.

The media outlets also reported that at least 23 UK hospitals have declared the highest level of alert this week as the facilities are struggling to cope with the overcrowding.