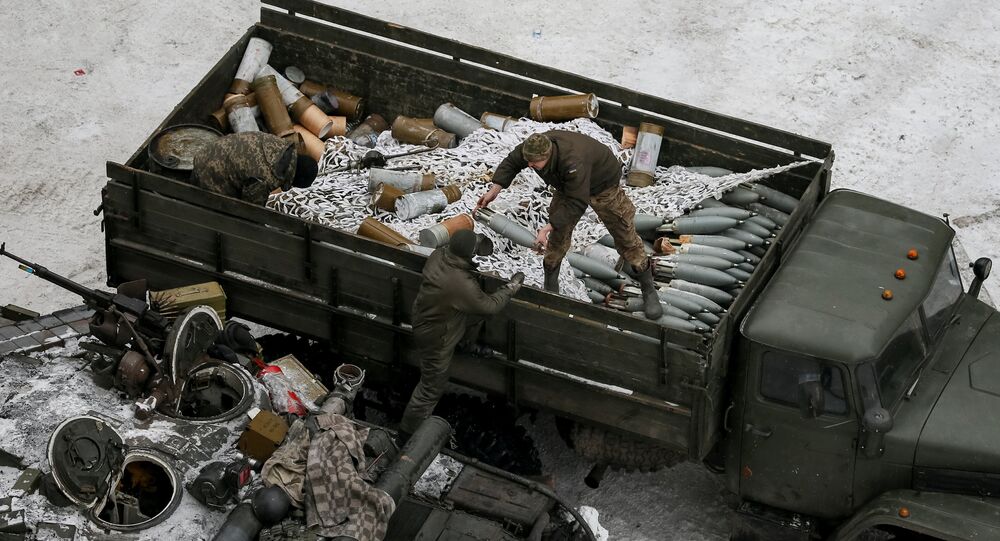 On Sunday, the Ukrainian forces resumed heavy shelling of the residential areas in the embattled Donbass city of Donetsk, pulling additional troops closer to the borders of the self-proclaimed republics in the east of Ukraine.

"Ukrainian forces use heavy weaponry against the residential areas of Donetsk, they have already fired more than 50 shells from the weapons prohibited by the Minsk agreement starting from 4:10 p.m., despite the respect of ceasefire by our side," Basurin told reporters.

He added that Kiev had also started to deploy additional troops of Ukraine's Armed Forces and National Guard to the eastern Ukrainian regions, which could prove Ukraine's preparations for a large-scale offensive against Donbas militias, as well as for sabotage activities against the civilian infrastructure in the region.

Ealier in the day, a representativeof the DPR authorities told Sputnik that Kiev's forces were shelling the Zaitseve village near the town of Horlivka in Donbass.

The situation in the Donetsk region has escalated harshly recently, with over 40 people reported dead and more than 100 wounded in the clashes.

© AP Photo / Irina Gorbaseva
Poroshenko Running Out of 'Room to Manipulate Western Opinion'
The breakout of hostilities in eastern Ukraine began in April 2014 as a local counter-reaction to the West-sponsored Maidan coup in Kiev that had toppled legitimate President Viktor Yanukovych in February. Residents of the Donetsk and Lugansk regions held independence referendums and proclaimed the People's Republics of Donetsk and Lugansk. Kiev has since been conducting a military operation, encountering stiff local resistance.