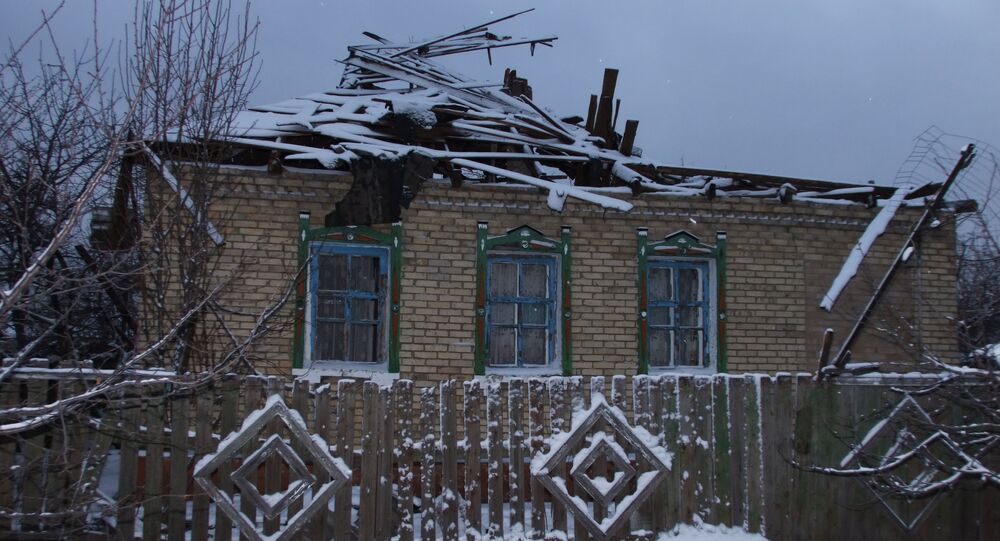 Zaitseve village near the town of Horlivka in the Donbass region of Ukraine is being shelled by heavy weaponry of Kiev's forces, according to a representative of the local authorities.

© Flickr / U.S. Army Europe
Ukrainian Forces Blow Up Power Tower Near Donbass City of Horlivka - DPR
DONETSK(Sputnik) — Kiev's forces are shelling the Zaitseve village near the town of Horlivka in the Donbass region of Ukraine, a representative of the local authorities told Sputnik Sunday.

“Currently the village is being shelled by heavy weaponry, the shelling has been ongoing since 17:00 local time [14:00 GMT]. There is no information on casualties or damage,” the representative said.

On Saturday, the Ukrainian forces blew up the power tower of the Horlivka city, prompting the authorities to switch to the reserve power line, a spokesman for the self-proclaimed Donetsk People's Republic (DPR) said.

© AFP 2020 / Aleksey FILIPPOV
Recovery Efforts in Eastern Ukraine's Avdiivka Disrupted by Truce Violation
In April 2014, Kiev authorities launched a military operation against pro-independence militia in the eastern Ukrainian Donbass region. In February 2015, the two sides reached a ceasefire deal after talks brokered by the leaders of Russia, France, Germany and Ukraine — the so-called Normandy Format — in the Belarusian capital of Minsk.

The situation in southeastern Ukraine has escalated over the past few days, in particular near the town of Avdiivka in the Donetsk region, where clashes between Kiev forces and the DPR militia have intensified. The conflicting parties have both accused each other of initiating the violence.