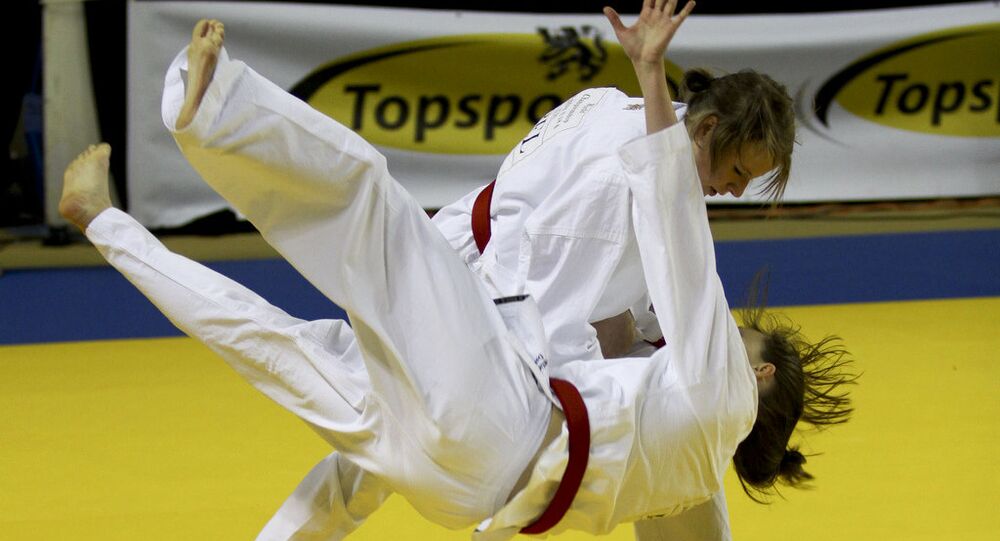 Three men of North African appearance who tried to rob a 16-year-old Italian schoolgirl ended up running away in fright and learning a humiliating lesson: never pick on a black belt in jiu-jitsu, even if she's just a schoolgirl.

The incident happened on Friday in the town of Trescore Balneario, in the Lombardy region of northern Italy.

The girl was walking home from school at around 2pm when she was accosted by a group of North Africans who appeared to be about 20 years old.

They surrounded the girl and one of them tried to steal her mobile phone by putting his hand in her jacket pocket.

© REUTERS / Yannis Behrakis
Everything You Ever Wanted to Know About Migrants But Were Afraid to Ask in Italian
However, he didn't count on the schoolgirl's reaction, as she grabbed his arm and used her jiu-jitsu to immobilize him.

In shock, the man's two accomplices quickly fled the scene. After the girl released her grip, the would-be robber ran after them, "without saying a word," Il Giorno reported.

The girl reported the incident to a family member when she arrived home, who took her to a police station.

Local police, who are investigating a wave of similar incidents, are currently trying to identify the three suspects, who are thought to be immigrants from North Africa.

Avalanche Hits Group of Skiers in Italian Alps, Up to Seven Feared Missing