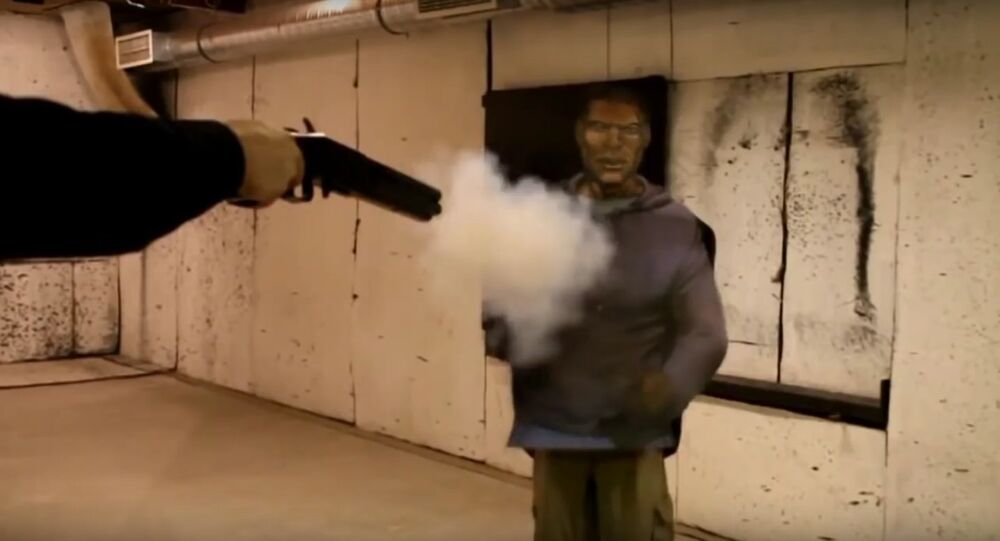 Hundreds of Germans bought powerful air guns and other weapons from the 'Migrant Shock' website, which imported them from Hungary.

The website, called "Migrantenschreck" (Migrant Shock), was run by a company based in Budapest and exported Hungarian weapons to hundreds of customers across Germany.

According to Die Zeit, the website was run by Mario Rönsch, who was also the brains behind another controversial site called Anonymous.Kollektiv. The anti-immigration site gained two million Facebook likes before it closed down in May.

In June, Migrantenschreck advertised its wares in an email to subscribers of the magazine "Compact," popular with supporters of the right-wing political party Alternative for Germany (AfD). However, in October Compact sought to distance itself from the site, and called it "criminal."

Nevertheless, between May and December 2016, Migrantenschreck sold 110,000 euros worth of weapons to at least 198 customers across Germany. The most popular product was an air revolver which cost 349 euros ($376).

© Photo : YouTube/MDR Mitteldeutscher Rundfunk
"Migrantenschreck"
"If you don't want your city to become a lawless place for asylum seekers, if you want to protect your women and keep your pedestrian zones open — then act now!" the website said, advertising goods such as the "Migrantenschreck HD130 Superior Komplettpaket," which includes an assault rifle plus ammunition.
© Photo : YouTube/ Migrantensckreck GmbH
Migrantenschreck MS80 Professional
The shop sold air revolvers, rifles and double-barreled shotguns with blank cartridges, as well as stun guns. In a demonstration video, company employees use the guns to shoot targets with pictures of German Chancellor Angela Merkel, President Joachim Gauck and Justice Minister Heiko Maas.

The weapons are capable of shooting rubber bullets with a maximum energy of 80 or 120 joules, far in excess of the 7.5 joules allowed under German law. Such force can cause serious injury or even death if fired at close range.

© REUTERS / Fabian Bimmer
German Police Union Chief Lambasts Politicians Over Skyrocketing Migrant Crime
It is illegal to import or trade such weapons in Germany, and it appears that German law enforcement has caught up with the firm.

On January 24, German police raided the living premises of 29 people in 11 German states suspected of buying weapons and ammunition from Migrantenschreck, and discovered 42 illegal weapons.

Since then, Migrantenschreck has not taken any more orders, and on Thursday the controversial website was offline.