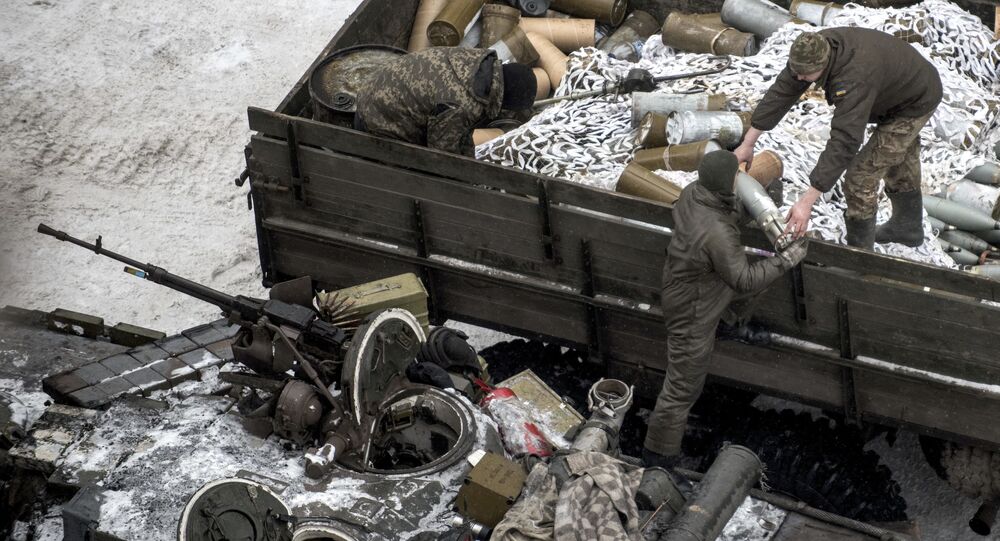 The Special Monitoring Mission (SMM) of the Organization for Security and Co-operation in Europe (OSCE) to Ukraine registered some 4,000 explosions in the areas of Donetsk and Avdiivka cities on February 2-3 confirming death of ‘several’ civilians, the OSCE said in a report.

MOSCOW (Sputnik) — The other 800 explosions were registered by the mission in the Donetsk’s city center, according to the report.

“The SMM confirmed the deaths of several civilians, and injury to a number of civilians, in Avdiivka and in Donetsk city following shelling … The SMM recorded fewer ceasefire violations in Donetsk region, including around 3,300 explosions, compared with the previous reporting period,” the report, published Saturday, read.

© Flickr / U.S. Army Europe
Ukrainian Forces Blow Up Power Tower Near Donbass City of Horlivka - DPR
The situation in southeastern Ukraine has escalated over the past few days, in particular near the town of Avdiivka in the Donetsk region, where clashes between Kiev forces and the militia of the self-proclaimed Donetsk People’s Republic (DPR) have intensified. The conflicting parties have both accused each other of initiating the violence.

Meanwhile the residents of Avdiivka were left without electricity, heating and running water as temperatures dropped to a freezing —22 degrees Celsius.

Clashes are estimated to have left over 40 people dead and more than 100 wounded.

Russian President Vladimir Putin listed three possible reasons behind the escalation in Donbass on Thursday, saying that one of them is that Kiev supported a "certain female candidate" during the 2016 US presidential race and now attempts to mend ties with the Trump administration amid the conflict in eastern Ukraine.

© AFP 2021 / Aleksey FILIPPOV
Recovery Efforts in Eastern Ukraine's Avdiivka Disrupted by Truce Violation
The breakout of hostilities in eastern Ukraine began in April 2014 as a local counter-reaction to the West-sponsored Maidan coup in Kiev that had toppled legitimate President Viktor Yanukovych in February. Residents of the Donetsk and Lugansk regions held independence referendums and proclaimed the People's Republics of Donetsk and Lugansk. Kiev has since been conducting a military operation, encountering stiff local resistance.