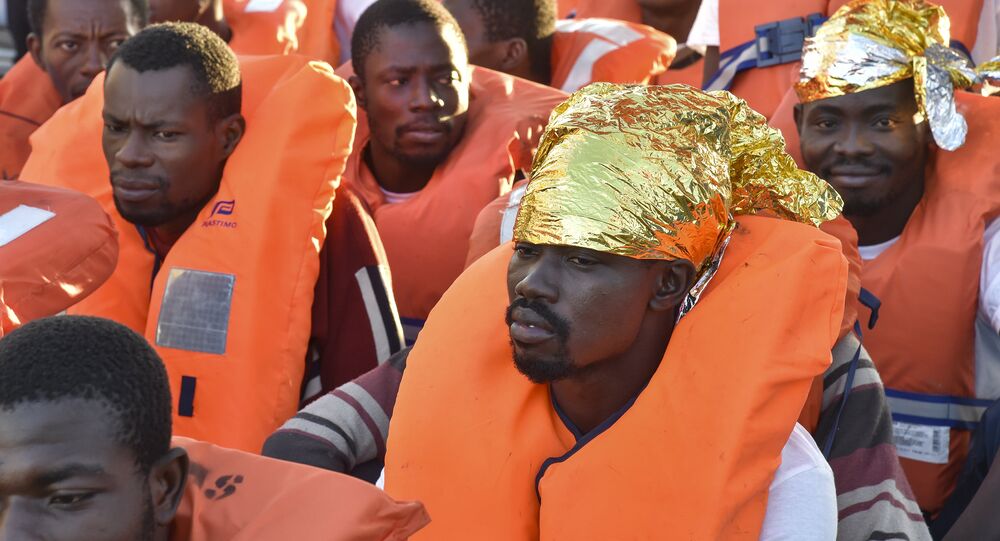 Italian Coast Guard reporthed that more than 1,500 undocumented migrants were rescued over the past two days attempting to cross the Mediterranean Sea.

ROME (Sputnik) — More than 1,500 undocumented migrants were rescued over the past two days attempting to cross the Mediterranean Sea, the Italian Coast Guard said Saturday.

Over 1,300 migrants were rescued in 13 operations on Friday trying to cross the strait between Sicily and Tunisia on 10 inflatable rafts, two wooden boats and one barge, while 300 more were saved earlier on Saturday.

© AP Photo / Maria Carla Giugliano
Over 3,800 Migrants Arrive in Europe Via Mediterranean in January
The search and rescue operations involved the Italian Coast Guard, the European Union’s Operation Sophia (EUNAVFOR Med Sophia) and the vessels of a number of international non-governmental organizations.

In 2016, Italy saw record 181,000 migrant arrivals with over 5,000 having died at the sea in attempts to reach Europe from the North African coast.

On Friday, Italy and Libya, being one of the main gateways to Europe for many migrants, signed a memorandum of understanding stipulating fight against illegal human trafficking and strengthening border control.

Some 180 Migrants Die in Saturday Shipwreck in Mediterranean

Over 100 Refugees Missing, 8 Dead After Shipwreck in Mediterranean

Over 1,000 Migrants Cross Mediterranean Into Europe in January