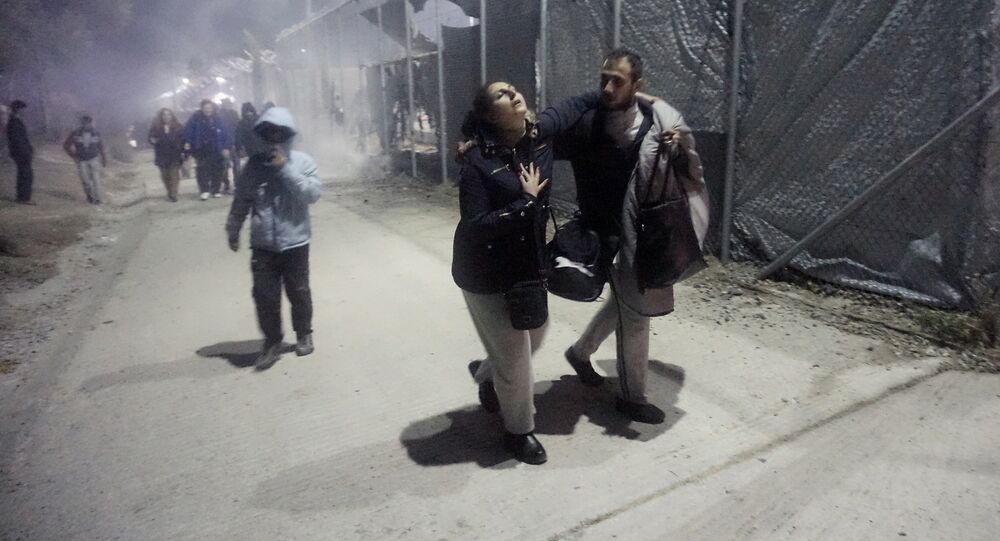 A protest march is taking place in Athens, Greece in memory of three refugees who died in cramped, cold and overcrowded conditions in a migrant camp on the island of Lesbos.

Protest march on Friday 3rd February at 5:00pm at Central Lyceum of Mytilini, Ermou #refugees #Lesvos in memory of 3 dead this week #Greece

Three men, aged around 20, 22 and 46 reportedly inhaled toxic fumes from a heater; claims the Greek authorities neither confirm, or deny.

"The abuse that we see from police is more prevalent and more visible on Chios and Samos. On Lesbos, it's not so much about a culture of police abuse but about the conditions, the hypothermia," Ariel Ricker, director of Advocates Abroad, an NGO that provides free legal advice to refugees and migrants told Sputnik.

Ariel Ricker has been working in Greece for the past 22 months.

"It's been very difficult since the death of these individuals on Lesbos. Witnessing these situations is heartbreaking," Ricker said.

"There are some excellent volunteers who bring aid and blankets and sleeping bags for migrants and refugees. EU relief will take aid from volunteers and distribute how they see fit.

"We do have security concerns, there is a shockingly low number of case workers to help asylum seekers, which contributes to the depression growing among the refugees on Moria. They feel like they are animals or numbers or less than human because of the lack of compassion shown to them," Ricker told Sputnik.

#Snow in #Europe.
This is #Moria #Lesvos #Greece today. Miserable conditions for #refugees and #migrants.
Pic via @GiorgosKosmop pic.twitter.com/bUBJWTOzQ8

An investigation into the deaths has been ordered by Greece's migration minister Yannis Mouzalas, who is quoted by Athens News Agency that "steps would be taken to make the situation more manageable."

Meanwhile people are meeting in Ermou, Athens, for a protest march in their memory.