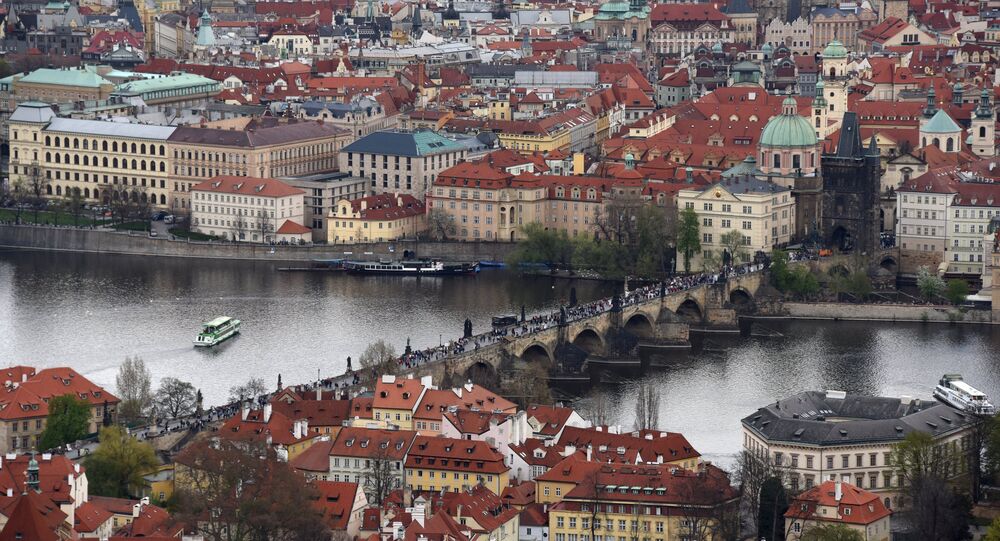 'Why on Earth Would Russia Want to Hack Czech Foreign Ministry Emails?'

Russia has dismissed claims by Czech Foreign Minister Lubomír Zaorálek as “US-inspired scare stories” regarding allegations that his ministry’s email system was breached by “Russian hackers” in a cyberattack similar to those used against the Democratic Party’s servers during the recent US presidential elections.

© Flickr / Bret Arnett
Czech FM Says Cyberattacks on Ministry No Threat to National Security
”Why on earth would Russia want to hack the Czech foreign ministry’s emails?” Roman Janouch, a senior editor with the Internet portal Haló noviny, wondered in an interview with Sputnik.

”People behind hacking attacks are very hard to pin down, but I’m sure that Russians had no hand in this. I just see no reason why they should do this. This would be a stupid thing to do and Vladimir Putin is not stupid. In a word, I see these hints about a Russian trace in these cyberattacks as absurd, just like the imaginary Russian attacks on the Democratic Party servers in the US,” he said.

”Still, even though they have absolutely no evidence [of Russian hacking] the Czech media, which tend to see the ‘Kremlin’s hand’ in just about everything, keep pointing a finger at Russia.”

“Does it mean that everything Russia says is a lie and the West is telling the truth and nothing but the truth? This is primitive thinking, even though each side has its own interests here. Let the court prove that Russians and Putin are behind the attacks [on the Czech Foreign Ministry emails].

© Flickr / Ash Carter
Phantom Menace? Czech Defense Minister Fails to Find Russian Trail in Cyberattacks on Government
Neither Mr. Zaoralek nor the American Democrats have any evidence to prove this,” Janouch noted.

He added that Lubomír Zaorálek was part of a group that is opposed to the pro-Russian minded President Miloš Zeman, adding that the big noise about imaginary Russian hackers may have to do with the draft law on giving the military intelligence greater freedom of hand in monitoring the Internet which is now being disused by the Czech parliament.

“If adopted, this law would be just a formality because the government already controls everything. We are in a situation where your private life is no longer a secret. I’m afraid of being shadowed, of having my telephone tapped and my Internet activity monitored. All this makes me feel sad, but, like Russians say, ‘we don’t choose the time we live in,’” Roman Janouch noted.

In late January, media reports said, citing an intelligence source, that a group of unknown hackers had cracked the emails of the Czech foreign minister and his deputies and had stolen thousands of user accounts, as well as classified data.

According to the Neovlini news portal, the cyber attack lasted for several months and this scandal has become the biggest in the area of security in recent years.