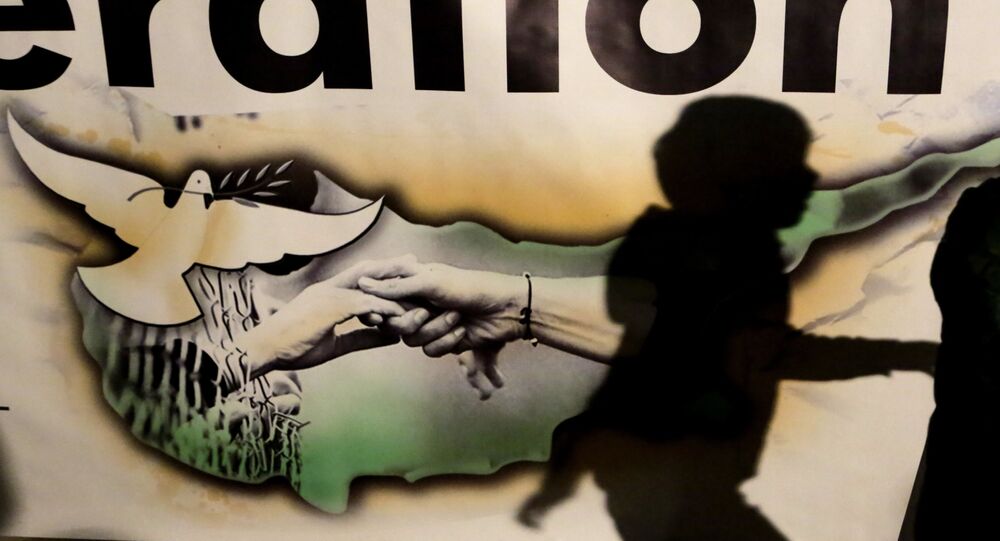 The outcome of the upcoming International Conference on Cyprus settlement in March entirely depends on Turkey’s readiness to change its position toward occupied Cypriot areas, a member of the European Parliament from Cyprus Takis Hadjigeorgiou told Sputnik on Thursday.

MOSCOW (Sputnik) — On Wednesday, Cyprus President Nicos Anastasiades and Turkish Cypriot leader Mustafa Akinci held bilateral meeting for the second time in Nicosia after the talks on Cyprus settlement in Geneva in January. Following the meeting the two leaders asked the United Nations to arrange next International Conference on Cyprus in early March.

"In such a development, meaning a new meeting in Geneva, everything depends on Turkey. In my opinion Turkey seeks a solution that will enable it to have the same relationship with the Turkish-Cypriot constituent state as it has now towards the occupied areas … That is clearly unacceptable," Hadjigeorgiou said, asked whether he considers that the conference on Cyprus with UN and guarantor states' participation could finally result in a breakthrough in the Cyprus issue settlement.

© Sputnik / Boris Babanov
Cyprus 'Can't Become Independent' With British Military Bases on the Island
Hadjigeorgiou added that Turkey had to decide to leave the Cypriots free to govern their own country.

The Conference on Cyprus reunion held a session on January 18-19 at Swiss Mont Pelerin at the level of deputies and experts, after talks on Cyprus settlement were held in Geneva earlier in the month. The Geneva talks were followed by an international conference with the participation of guarantor countries: Greece, Turkey and the United Kingdom, as well as the European Union.