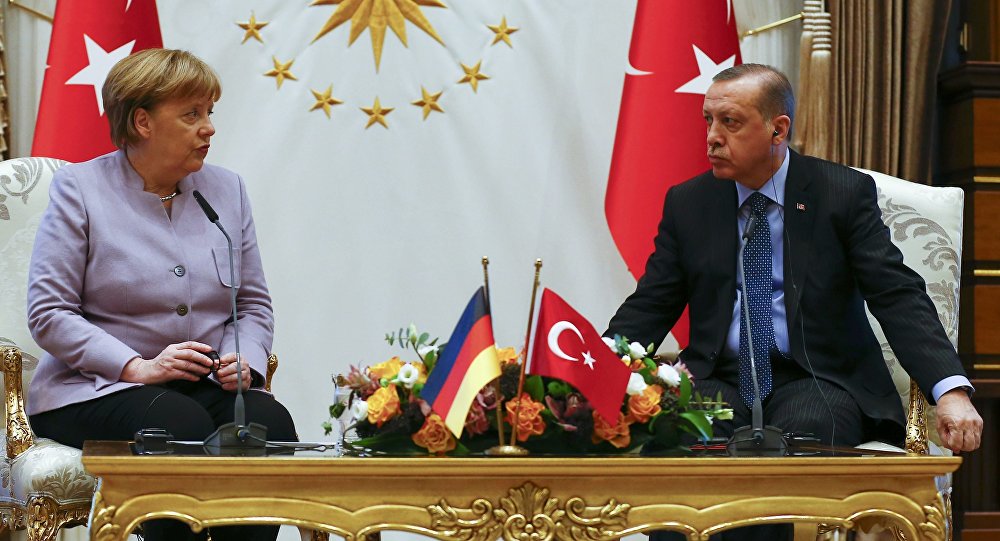 German Chancellor Angela Merkel is in Turkey for meetings with President Recep Tayyip Erdogan to discuss developments in Syria and Iraq and talk about topics ranging from press freedom, terrorism and the refugee crisis.

Angela Merkel, who is in Ankara for a one-day only visit has reportedly agreed to pay three billion euros to Turkey as soon as possible, as part of the refugee deal agreed between Brussels and Ankara.

#Merkel says #EU will pay 3b euro payment to #Turkey as per the agreement in Refugee Deal asap! EU must be shaken by #Trump's EO on refugees

"If anyone can move this deal along it's Angela Merkel," Ariel Ricker director of Advocates Abroad, an NGO that provides free legal advice to refugees in Greece, told Sputnik. 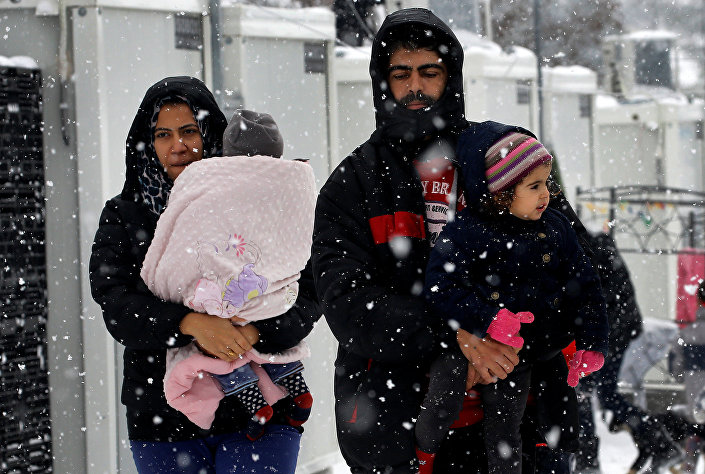 "But many of us don't agree with the basis of the deal — it's not legally binding, it's basically a press release," she said.

Since March 2016, any migrant, asylum seeker or refugee arriving in Greece illegally is supposed to be sent back to Turkey where they must apply for asylum. For every refugee that Turkey resettled, the European Union pledged to resettle a Syrian refugee.

However the deal has been met with caution — and is not seen as a solution to the refugee crisis by some members of the European Parliament, or indeed many NGO's and volunteers like Ariel Ricker.

"You can't say how much this deal has succeeded. There are contradictions that have life changing effects on these refugees and it's surprising to those of us working in the legal field that someone can have different legal options purely based on the day they arrive in Greece.

"I'm concerned that idea of it being a success takes attention away from the crisis as hundreds of people arrive every week," Ariel Ricker told Sputnik.

Map in a Sicilian centre for child refugees where they've tried to scrape off Libya coz of the atrocities they faced there #refugeecrisis pic.twitter.com/ihXsojgEHF

Despite the announcement that the EU will pay the three billion euros to Ankara as part of the agreement, Ariel Ricker remains skeptical about the deal's progression.

© REUTERS / Giorgos Moutafis
Libyan Migration Crisis: EU Warned Not to 'Wash Its Hands' of Responsibility
"I don't want there to be more progress made on the deal. I'm unsure the deal is useful for refugees and advocates working abroad," Ricker said.

This is the first time Merkel has made a trip to Turkey following the failed military coup in July 2016.

Freedom of expression, and press freedom remained high on Merkel's agenda as she told a news conference that she had also discussed Syria and Iraq with President Erdogan, who agreed on closer cooperation to tackle terrorism.