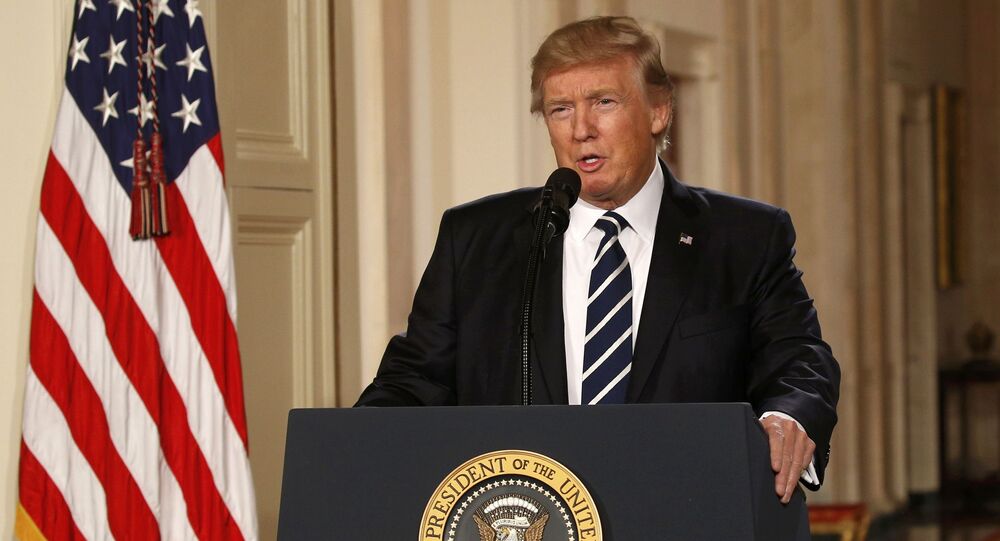 The United Against Racism (UAR) organization has called on the Irish citizens to rally at the US Embassy in Ballsbridge on Thursday to protest against US President Donald Trump's travel ban.

MOSCOW (Sputnik) — The UAR published its appeal to attend the rally both on its website and on the Facebook page of the event.

"Over 2,300 people say they will attend the event on Facebook (No to Trump's Travel Ban on Muslims & Refugees), as well as further 3,300 indicating their interest. The numbers on the event page are increasing," an UAR press release published on Facebook said.