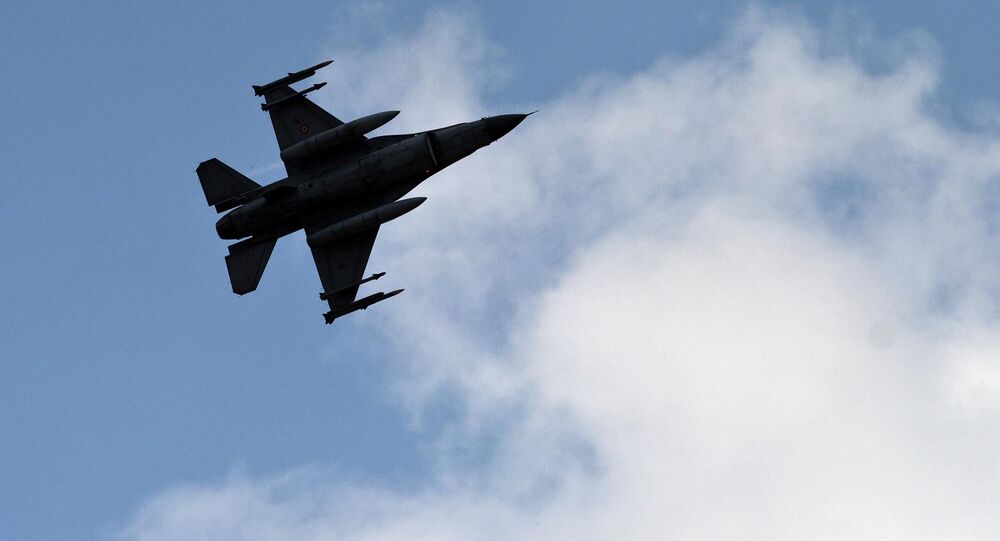 © AP Photo / Lefteris Pitarakis
Turkey Not to Tolerate Greece Taking Any Steps to Escalate Tensions - Ankara
ATHENS (Sputnik) – The Turkish planes, one pair and four single aircraft, entered the Greek airspace on Wednesday morning, violating it a total of 138 times during the day, including eight times over the Imia and Kalolimnos islands, the Ethnos newspaper said on Wednesday.

"Greece wants calm and peace between the countries of the region. We do not seek … trouble," Greek Minister for National Defence Panos Kammenos stressed on ANT1 TV on Wednesday, saying, nonetheless, that Greece is ready to respond to any provocations.

The violations came after Kammenos threw a wreath of flowers from a helicopter on Wednesday over the Imia waters to commemorate Greek pilots who died during the 1996 conflict between Turkey and Greece over the ownership of the islets.