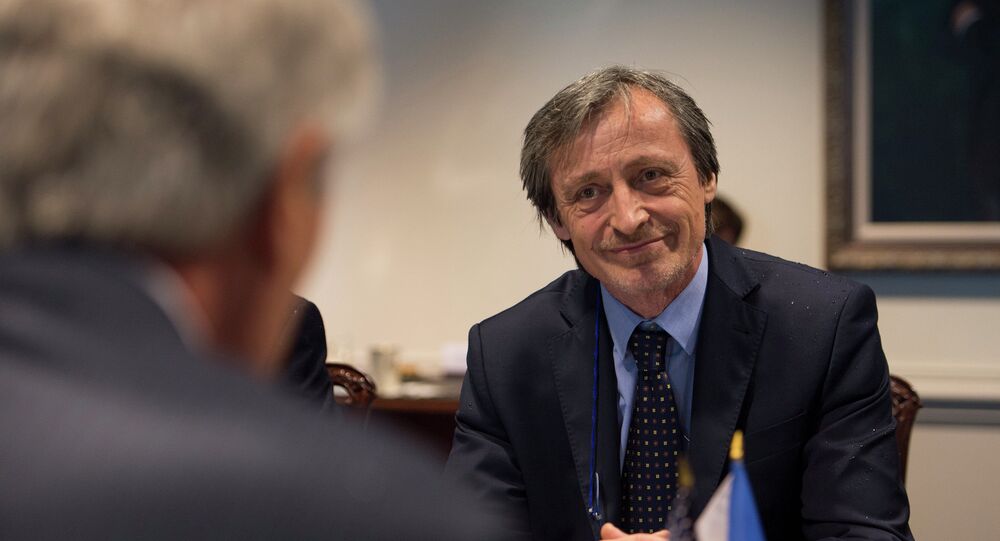 It is difficult to reveal whether Russian hackers really stand behind the cyberattacks on the Czech Foreign Ministry, Czech Defense Minister Martin Stropnicky said on Wednesday in an interview with the Hospodarske Noviny newspaper.

PRAGUE (Sputnik) – Stropnicky said that it is very difficult to detect those responsible for the cyberattacks.

He also warned against cause panic by reports about Russian cyberattacks.

© Sputnik / Natalia Seliverstova
Czech Claims of Russian Trail in Cyberattacks Tied to Intel Services Bill
At the same time, Stropnicky said he was sure that the information campaign would target the Czech Republic during the election campaign.

Earlier in the day, media reported, citing an intelligence source, that a group of unknown hackers had cracked the emails of the Czech foreign minister and his deputies and had stolen thousands of user accounts, as well as classified data.

Zaoralek suggested that a foreign state could be behind the cyberattacks and compared them with those that hit the US Democratic Party.

A source in the Russian Foreign Ministry told Sputnik that the allegations that Russia was behind the cyberattacks on the Czech Foreign Ministry were tied to discussion of the draft bill extending the authority of the Czech intelligence services to control the Internet.