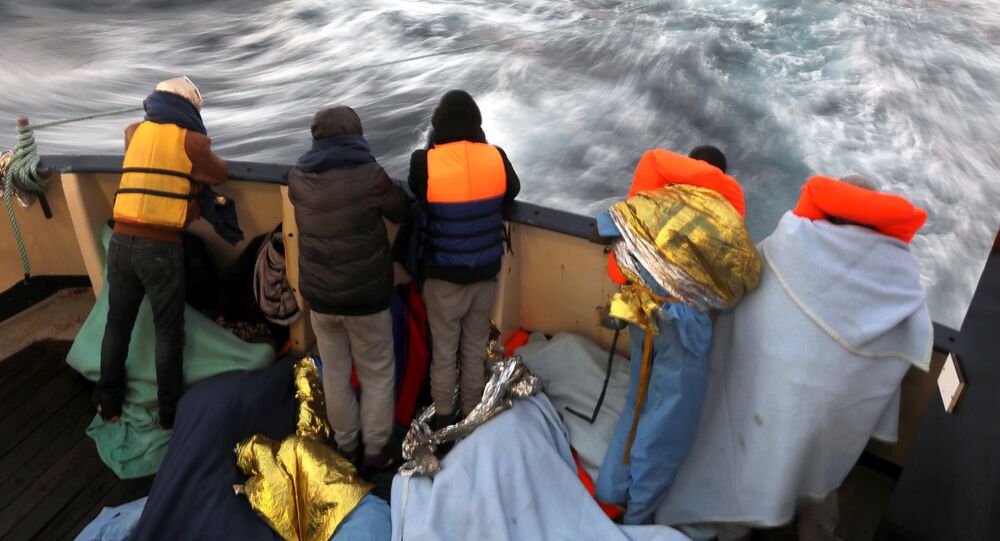 Libyan Migration Crisis: EU Warned Not to 'Wash Its Hands' of Responsibility

The EU has been warned not to "wash its hands" of responsibility in regards to the migration crisis in North Africa, with campaigners concerned that officials will look to offload its obligations onto the hands of Libya's fledgling government.

The migration crisis will be on top of the agenda when EU member states meet for talks in Malta on Friday, February 3, with the bloc expected to agree on a series of measures that will boost aid, training and support for the Libyan national coast guard.

"Complementary EU training programs must be rapidly stepped up, both in intensity and numbers," said a draft plan, leaked to the news site EUobserver.

​​"We are determined to take additional action to stem migratory flows along the Central Mediterranean route and break the business model of smugglers, while remaining vigilant about other routes."

The draft is part of a broader plan aimed at preventing people from leaving Libya and making the dangerous voyage to Europe.

181,000 crossed the Mediterranean from Libya to Italy last year, with more than 4,500 people dying.

While leaked EU plans aim to train Libyan coast guard authorities, critics say the measures will simply result in the bloc "outsourcing responsibility" to the fledgling UN-backed Libyan government, which is still struggling to assert its authority in the country amid challenges from two rival administrations.

"Whether cast in cold political terms or as a compassionate effort to save lives, EU efforts to stop the boats from Libya boil down to outsourcing responsibility to one party in a country riven by conflict and where migrants face horrific abuse," said Judith Sunderland, associate Europe and Central Asia director at Human Rights Watch, in a statement sent to Sputnik.

EU leaders: please put the lives, rights, and dignity of migrants front and center, for all our sakes https://t.co/NskyBPzGeU

​"What the EU wants to call a 'line of protection' could in reality be an ever-deeper line of cruelty in the sand and at sea."

There are concerns about the EU's approach to Libya and the migration crisis, with some in the bloc favoring a Turkey-style migration deal that would allow the EU to send asylum seekers back to Libya, while others have called for the establishment of offshore processing centers to deter people from making the voyage to Europe.

#EU-Libya, let's factor in the discussions in Malta elementary considerations of humanity https://t.co/c5NHF5k3TJ

​These concerns about asylum seeker returns were heightened this week after a leaked German foreign ministry memo stated that migrants in Libya are executed, tortured, raped, bribed and banished to the desert "on a daily basis."

"The suggestion that the EU might think about how to get around international law and send people back to face abuse in Libya shows how low political dialogue has sunk," Sunderland said.

"To send people back would violate the law, not to mention basic decency, and betray the values on which the EU and its member states were built."

Adding further complications to any migration deal with Libya is the country's delicate political situation, with the UN-backed government of Fayez al-Sarraj struggling to gain legitimacy.

​As a result of the chaos, Sutherland says the EU should not try to offload responsibility through training programs and funding.

"EU leaders may aspire to Libya being a stable, safe country governed by the rule of law and capable of controlling its borders in a way that respects people's rights, but for now asylum is non-existent and the situation for migrants there is an affront to basic humanity," she said.

"The EU cannot wash its hands of that reality with money and training programs."