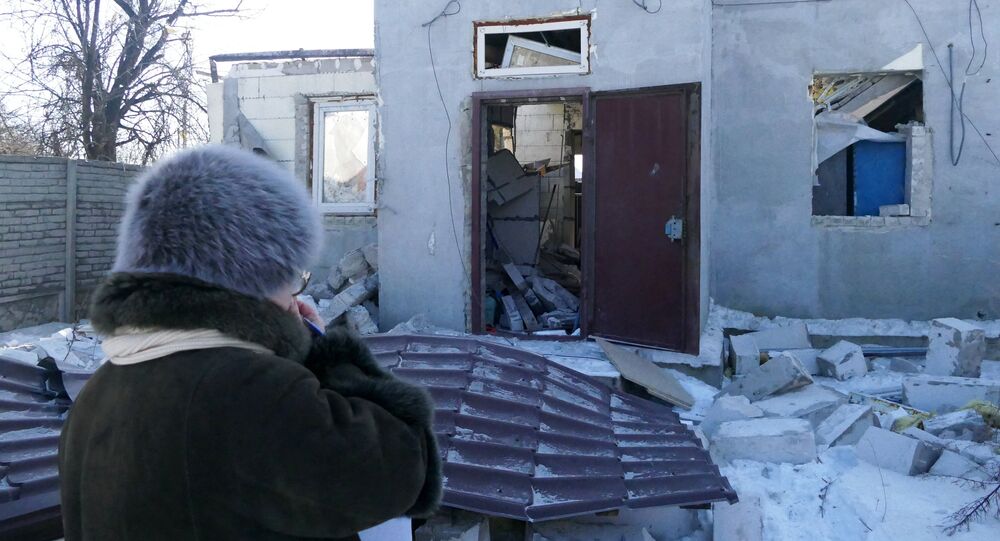 Ukraine is expecting the UN Security Council to call for immediate cessation of hostilities in the country’s east in accordance with the submitted draft declaration by the Ukraine's delegation, Permanent Representative of Ukraine to the United Nations Volodymyr Yelchenko said.

MOSCOW (Sputnik) — A draft Security Council document that expresses great concern over the situation in eastern Ukraine and condemns the use of weapons, prohibited by Minsk Agreement, Ukrainian Ambassador to the UN Volodymyr Yelchenko told reporters.

"We proposed a short and simple draft declaration in four articles, which is being considered now," Yelchenko said.

According to Yelchenko, the document expresses concern over the deterioration of the situation and its impact on the civilians.

© Sputnik / Irina Gerashchenko
Kiev's Actions Threaten Donbass Civilians, Ukrainian Soldiers – Russian OSCE Mission
The draft statement says that "members of the Council condemned the use of weapons prohibited by the Minsk Agreement" and affirms "full support over sovereignty and integrity of Ukraine".

The news came as the UN Security Council discussed on Tuesday the situation in the industrial town of Avdiivka in the country's east behind the closed doors.

On February 2, UN Security Council will hold a meeting on Ukraine where members will listen to briefings of UN Emergency Relief Coordinator Stephen O'Brien and Under-Secretary-General for Political Affairs Jeffrey Feltman. OSCE representatives are also scheduled to take part in the meeting.

The situation near Avdiivka has been tense for several days with civilians being deprived of running water, central heating and electricity under the temperature of minus 20 degrees Celsius (minus 4 degrees Fahrenheit). Both parties are accusing each other of being responsible for escalation of fighting.