Over two dozen Dutch activists sent a letter to US President Donald Trump asking him to launch an investigation into the 2014 Malaysia Airlines MH17 crash over eastern Ukraine, local media said Tuesday.

MOSCOW (Sputnik) — The letter called on Trump to investigate the crash, for which Russia has been blamed, as the Dutch investigation was "not independent or convincing," while the new US president had previously cast doubt on conclusions made by Dutch investigators, the Volkskrant newspaper reported.

© Sputnik / Maksim Blinov
Rosaviatsia Denies Dutch Claims of Russia's Radar Data on MH17 Crash Violating Int'l Requirements
During his election campaign, Trump dismissed US government claims blaming Russia for the crash. The then presidential nominee said the plane could have even been shot down by a Russian-made missile but added there was no evidence to suggest it was Russia who fired it.

The letter, signed by 26 people, including several well-known journalists such as Thierry Baudet and Joost Niemoller, was sent to Trump in November, two months before he came into office.

The signatories questioned the lack of US radar images and explanations as to why Ukrainian air traffic control let the plane change its route to fly over the war-torn Donbass region. 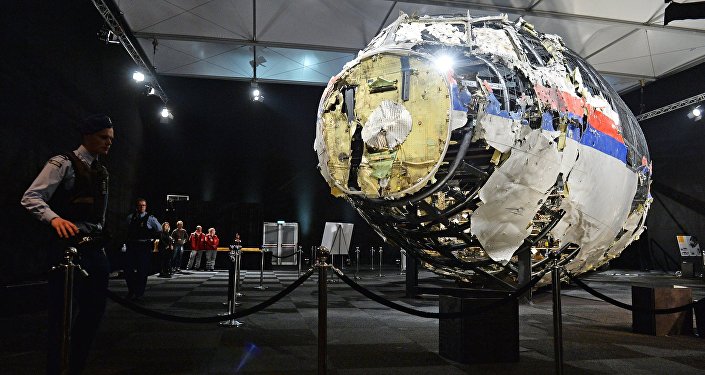 Maksim Blinov
Dutch Journalist Released New Material of MH17 Plane Crash
The MH17 plane crashed in eastern Ukraine in July 2014 while flying to Kuala Lumpur from Amsterdam. All 298 passengers and crew aboard the aircraft died in the incident. The Ukrainian government forces and the local militias traded accusations regarding the incident, which occurred at the time of heavy fighting in the region.