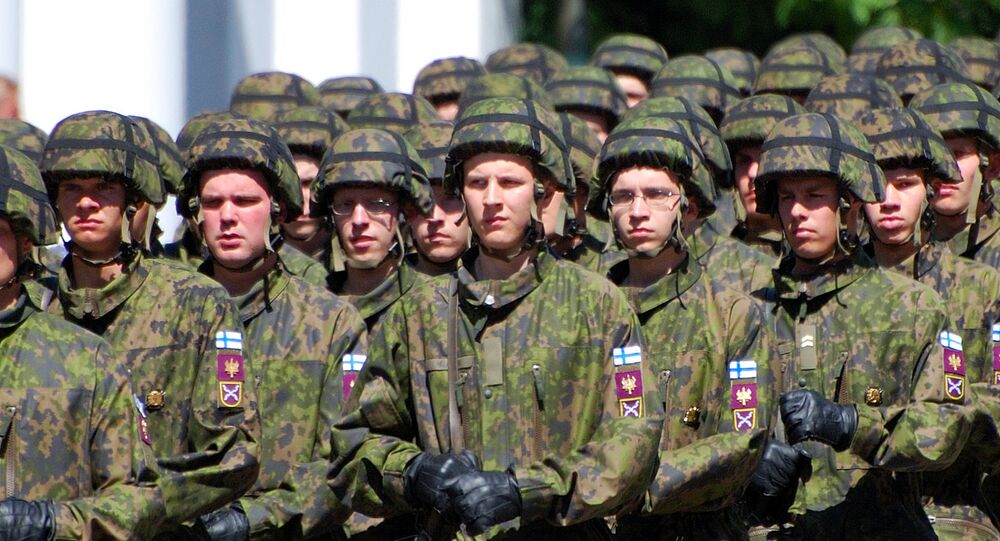 So Much for Equality: Finnish Defense Discriminates Finnish-Russian Citizens

All Finnish citizens are equal, but some of them are still less equal than others. The Finnish Armed Forces have been found to restrict the rights of conscripts with dual Russian-Finnish citizenship due to "loyalty risks."

© Flickr / EU2016 SK/ Rastislav Polak
Finnish Defense Minister Attacks Reservists-Turned-Civilians as 'Deserters'
For many years, Finland has considered the issue of dual citizenship, with the Ministry of Finance currently working on a corresponding bill. The Finnish Defense Forces decided not to wait for legislative amendments, but rather introduce their own rules and practices for dealing with dual Russian-Finnish nationals.

According to recently issued secret instructions by the Finnish Defense, which Finnish national broadcaster Yle was able to obtain, Finnish-Russian dual nationals will no longer be trained for jobs where they will have access to classified or sensitive security information. According to Yle, the practice of refusing dual nationals security clearances has in fact been de facto implemented for a while. The broadcaster even cited a case when a Finnish-Russian citizen was removed from a job at the Defense Forces Information System, which potentially gave him access to staff information.

Last year, Finland started to ponder possible restrictions for dual citizens, potentially preventing them from occupying certain posts after a government report "found" a possibility of Russia trying to activate its fellow Russians living in Finland to render pressure against Helsinki.

© Sputnik / Valeriy Shustov
'Cossacks Are Coming!': Swedish Peace Activist Mocks Anti-Russian Hysteria
Recently, pan-Nordic anti-Russian paranoia was exacerbated by the Supreme Commander of the Finnish Armed Forces Jarmo Lindberg, who in an interview with Finnish daily Helsingin Sanomat speculated on the probability of a Russian invasion, which would include both traditional armies and "hybrid war" methods.

"The Russian goal would be to build up such an effective cocktail of surprises that the opponent won't have the time to organize themselves," Jarmo Lindberg told Helsingin Sanomat.

According to Lindberg, who compared the Finnish army to a diesel machine, Finland would have no time to mobilize its draft army in case of a Russian sneak attack. Therefore, Finland's best bet is to enhance its quick deployment forces, which are able to mobilize within a few hours' notice.

In November 2016, the Finnish Security Intelligence Service (Supo) expressed concerns over "remarkable" property purchases made by citizens with Finnish-Russian citizenship. Supo Chief Seppo Pelttari ventured that such property was a security threat since it could potentially be exploited by Russian soldiers in times of crisis, Finnish newspaper Hufvudstadsbladet reported.

© Flickr / Alex Brown
Fear-Stricken Finns Feel Uneasy About Real Estate Being Sold to Russians
At present, there are some 60,000 Russians living in Finland, and around a third of them reportedly have dual citizenship, Yle reported. Finland allowed dual citizenship in 2003, abstaining from the practice of forcing its citizens to renounce other citizenships before becoming naturalized.

The Finnish Armed Forces are based on universal male conscription. All men aged 18 years and over are liable to serve either six, nine or twelve months, with the option of alternative service. Some 27,000 conscripts are trained annually. In peace time, Finland has a standing strength of 16,000 troops. Its conscript-centered armed forces can mobilize up to 230,000 combat troops and service personnel within one to four weeks, which is the largest in Scandinavia.

In 2012, 12 percent of Russians living in Finland were reported to have been victims of racially motivated hate crimes (compared with an average of 5 percent of Russians in all EU countries) by the European Union Agency for Fundamental Rights (FRA).