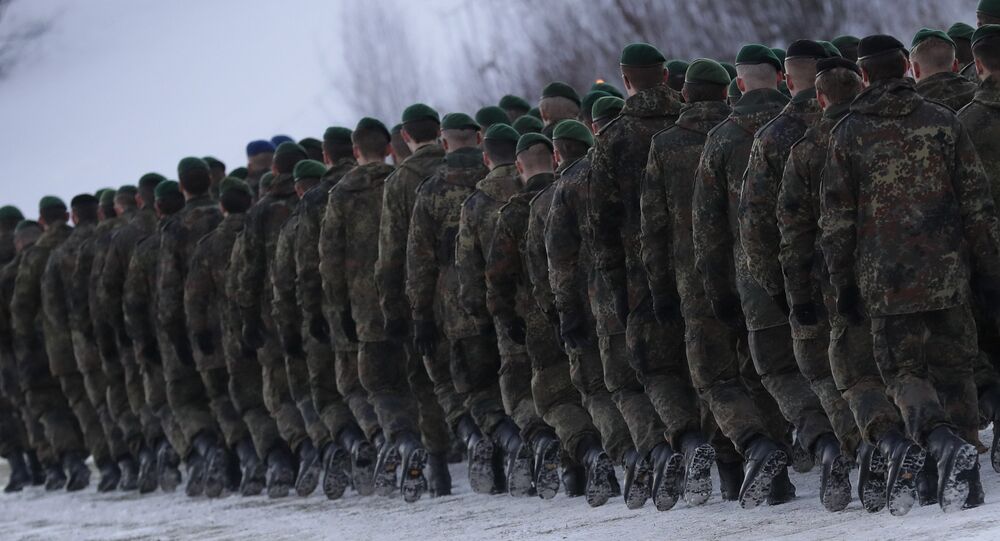 Sevety-seven-year-old German peace activist Gertrud Nehls refused to pay 11% of her taxes to the government, because she doesn't want to finance the German Ministry of Defense and the production of weapons used in the conflicts abroad.

In particular, Nehls seeks to draw the public attention to the fact that Germany participated in the production of uranium ammunition and is therefore indirectly guilty of war crimes in Iraq and Yugoslavia.

"I saw a bunker in Baghdad in 2005, which was bombed with DU, that is Depleted Uranium. It is a by-product of the production of enriched uranium, which is produced by nuclear power plants. This uranium is highly toxic and the next generations will have to suffer even more because it goes deep into the groundwater. When I was in Baghdad, we had a guided tour in a children's hospital, and there were many children affected by depleted uranium. I am a nurse, but I have not seen anything like it before. That was shocking," the woman told Sputnik Germany.

© REUTERS / Michael Dalder
Germany Must Restrict Access to Deadly Weapons – Vice Chancellor
Although Germany was not involved in the bombing directly, according to German Professor Siegwart-Horst Günther, whom Nehls referred to during her interview, the shells of these bombs were manufactured at a plant in the territory of North Rhine-Westphalia.

Thus, Germany is partly to blame for atrocities and civilian casualties during the Iraqi war, Nehls argued. Such uranium munitions were also used during the wars in Yugoslavia and in Bosnia.

That is why she decided she doesn't want to be a part of it and refused to pay 11% of her taxes which are supposed to be spent for the financing of the Defense Ministry.

"Eleven percent of my income tax goes to the Ministry of Defense. And I am against the war. I had made a lot of effort to make public my experiences in Baghdad. But I have not succeeded in doing so, so this was my last way to attract the public attention to where our tax payments are spent."

Nehls' case was considered by the Financial Court in Münster. According to the activist, the court showed understanding for her argument, but advised her to withdraw the case.

"For me the most important thing was the opportunity to talk publicly about what I saw in Baghdad," the woman said. "I find war atrocities unbearable. And when explaining why I refused to pay taxes for military spending, I referred to my conscience."