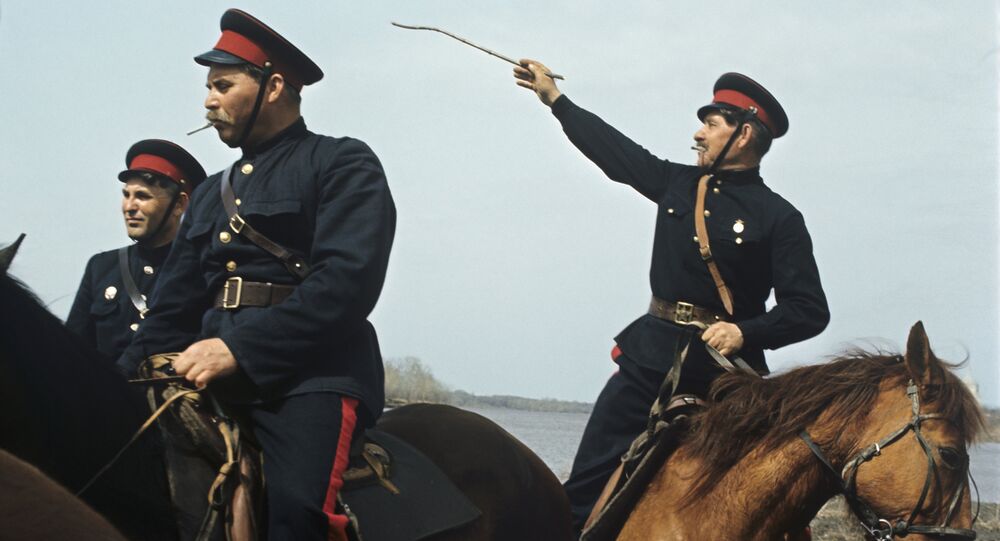 Of late, Sweden's speculative fear of Russia has risen to the level of downright paranoia. A Swedish peace activist compared the intensity of the anti-Russian sentiment with 1914, when the Nordic country was bracing for a military confrontation with the Russian Empire.

© Flickr / alisdair
Stockholm's Bear in the Woods: Park Rangers Asked to Patrol Swedish Forests for Spies
According to journalist Thomas Erixzon of the Swedish Peace and Arbitration Society (SFSF), dedicated to peace, disarmament and democratization, today's situation is in many aspects a repetition of the climactic build-up that preceded World War I.

Erixzon drew parallels with the speech King Gustav V of Sweden gave in 1914, where the monarch referred to the Russian Empire as ‘arch enemy in the East.' At that time, there were of course no ‘Russian trolls' or ‘hybrid wars,' but the tone was the same. Moreover, a national fundraising campaign for a new dreadnought was launched, as the armed forces obviously needed a shot in the arm to stand up against the enemy.

"Today, the tone of the debate is familiar. Sometimes it may even seem that the Russian troops already have occupied Gotland and are ready to pounce on the rest of Sweden. The Cossacks are coming!" Erixzon sneered in his opinion piece is Swedish newspaper Flamman.

"By taking Gotland, the Russians would be able to raise some kind of barrier between NATO and the Baltic states. NATO would this be unable to come to their rescue," Karlis Neretnieks, principal of the National Defense University, told Norwegian national broadcaster NRK.

According to Erixzon, Russia is habitually being put in the role of a scapegoat.

"Nowadays, the computers are swarming with Russian hackers. All sporting competitions are teeming with doped Russians. The Russians have apparently rigged the US presidential election. Perhaps they even fixed Brexit. The Swedish waters are packed with Russian submarines. Behold their submarine tower treacherously sticking up in blurred images shown by both Dagens Nyheter and Svenska Dagbladet," Erixzon sneered, alluding to grainy pics Swedish dailies produced as the only "proof" of a Russian incursion in Swedish waters in 2014, which triggered a painfully unsuccessful submarine hunt.

​In his searing piece, Erixzon proceeded to imitate the panicked Swedish media narrative in a grotesque way.

"Of course, we must be protected by NATO, who else? Send in US marines! Let B-52s bomb along the Swedish coast! Let NATO jets practice over Swedish lakes! Rent out entire northern Sweden as a training ground!" Erixzon wrote, alluding to the Host Country Agreement signed last year, according to which non-aligned Sweden agreed to welcome NATO troops during exercises and in case of war, which many perceived to be a departure from the Swedish traditions of non-involvement.

© Wikipedia / Alexey Danilovich Kivshenko
Swedish History Professor Tries to Knock Some Common Sense Into Russia-Bashers
This autumn, Sweden is poised to hold large-scale joint exercises Aurora, which are expected to gather nearly 20,000 troops, as well as US air defense and tanks, for the first time in Swedish history.

"Oh, what a lovely war it will be!" Erixzon sneered, deciding to end his piece with yet another dig at the Swedish establishment.

"P.S. Of course, I did not write this piece myself. It was Putin! The Russians have hacked my computer! Help!" Erixzon jibed in conclusion.

Sweden Dusts Off Yet Another Cold War Relic in Self-Defense