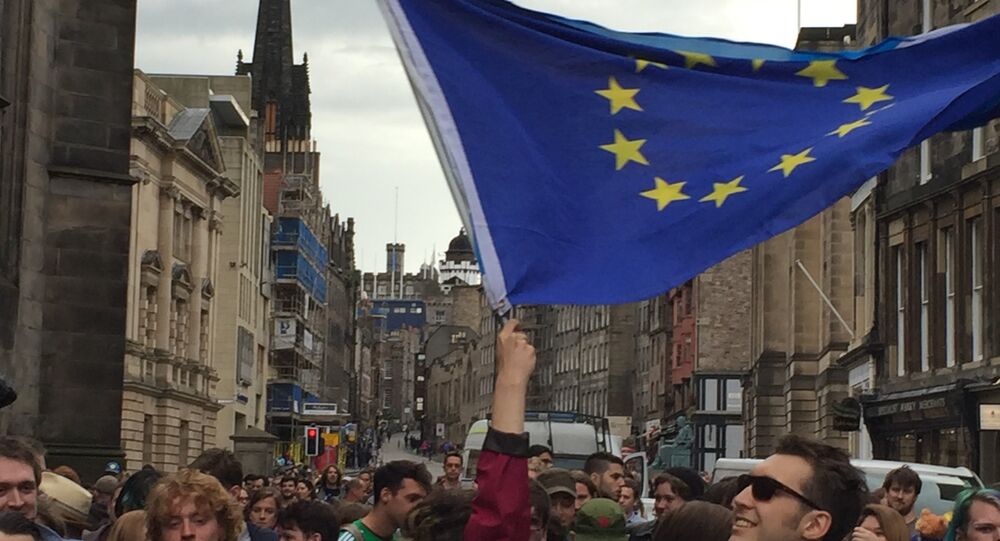 Scotland's First Minister Nicola Sturgeon offered a two-month deadline for Prime Minister Theresa May to negotiate a compromise with Scotland over leaving the European Union.

© CC BY-SA 2.0 / Howard Lake / Whitehall SW1 road sign
UK Civil Service in 'Worrying' Overstretch Ahead of Brexit
MOSCOW (Sputnik) — On Monday, May and Sturgeon attended a Joint Ministerial Council (JMC) meeting in Cardiff. The meeting, which the prime minister attended for the second time, focused on coordination between London and the United Kingdom's devolved governments of Scotland, Wales and Northern Ireland in the issue of plans for conducting Brexit negotiations with the European Union.

"So far the compromise, or the attempts at compromise, have come only from the Scottish government… This is one of the last key opportunities for me to make clear to the Prime Minister that I have to see some movement on her part – and, over the next few weeks, she has got the opportunity to demonstrate whether that movement is going to be forthcoming," Sturgeon said, as quoted by the Independent newspaper.

Sturgeon suggested that Scottish National Party's (SNP) conference at the end of March could become a platform to call for a second independent referendum unless the issue was settled, since the process "won’t go on indefinitely".

English voters mainly backed Brexit in the June 23 referendum, while voters in Scotland, Northern Ireland and London were pro-EU. Earlier this month, May outlined a 12-point Brexit plan, in which the prime minister stated that the United Kingdom's government was taking steps to ensure input from the country's devolved regional administrations.