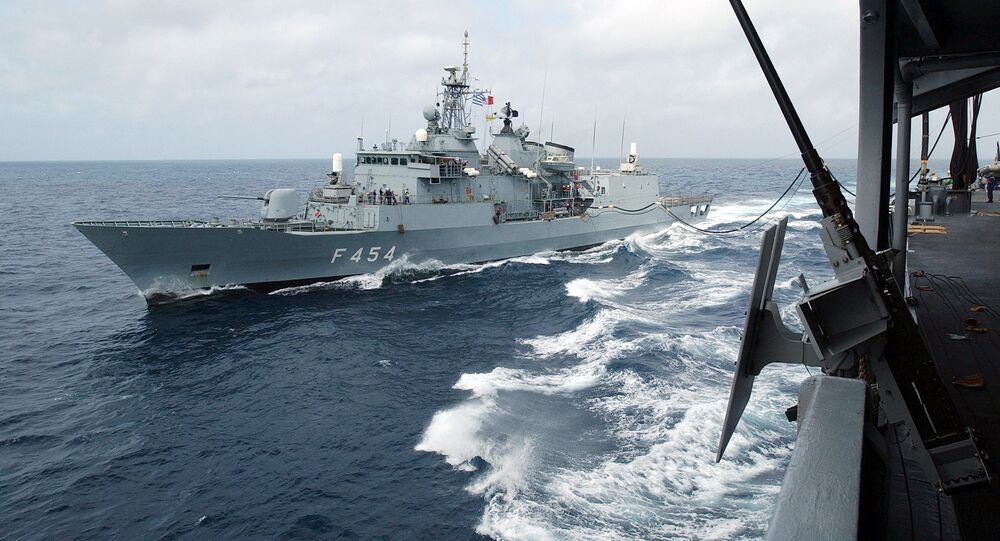 Greece’s New Democracy party leader Kyriakos Mitsotakis on Monday urged Turkey to respect the international law and the rules of neighborly relations amid the recent confrontation with a Turkish warship in the Aegean Sea.

MOSCOW (Sputnik) — On Sunday, a brief maritime standoff occurred when a Greek military vessel met a Turkish warship, which had entered Greek territorial waters near Imia, an island which has long been subject to territorial disputes between the neighboring countries.

"Greece obviously continues today to send a message of friendship and good neighborly relations to Turkey but, at the same time, this message should include respect for international law and international treaties and the informal rules of good neighborly relations between two countries doomed by geography to coexist in a sensitive region," Mitsotakis was quoted as saying by the Ekathimerini newspaper.

The standoff reportedly comes in response to Greece’s Supreme Court’s ruling against the extradition of eight Turkish soldiers responsible for a failed coup against the Turkish government last year.

"The Greek justice system acts independently. Greece is a European nation with institutions and principles and these principles, these institutions, cannot be questioned by anyone," Mitsotakis said in defense of the court ruling, as quoted by the newspaper.

In July 2016, an attempted coup against Ankara was staged by Turkish military. Shortly after the attempt, eight soldiers fled Turkey in a helicopter, which was forced to making an emergency landing in Greece's Alexandroupoli. The soldiers were immediately arrested at the Dimokritos airport.