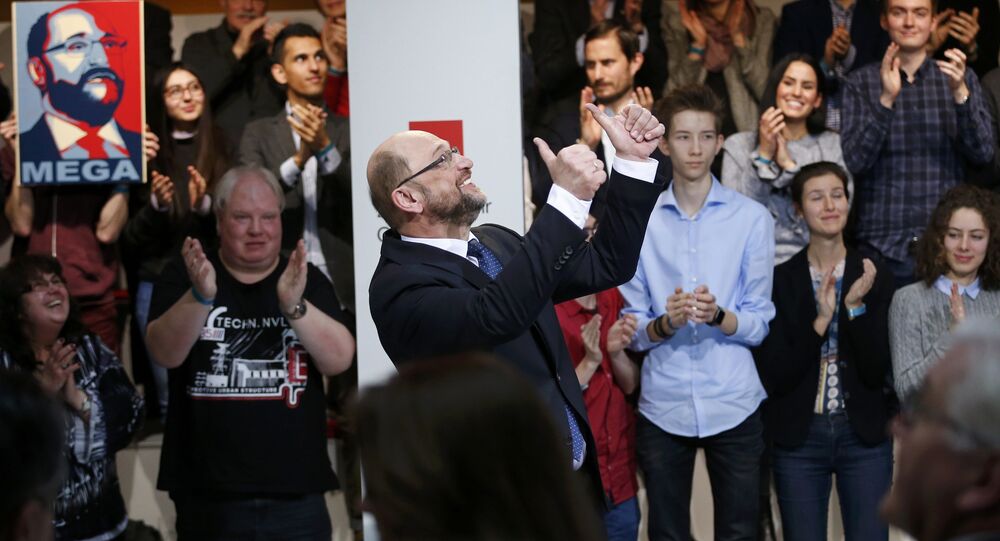 Germany's Social Democrats, who share a coalition government with Angela Merkel's Christian Democrats and the Bavaria-based Christian Social Union, have reshuffled in a bid to unseat the Chancellor this autumn after 12 years in power.

In doing so, Merkel gave up the opportunity to nominate a candidate from the CDU or its Bavarian sister party the Christian Social Union (CSU), despite the fact that both are facing a tough battle for re-election in September.

The current President is 76-year-old Joachim Gauck, who announced last year that he will not seek a second term in office after his five-year term expires in March, citing his advancing years.

The voting committee is set to make a decision on Steinmeier's candidacy on February 12. Since the center-right CDU/CSU bloc has not put forward a rival candidate, Steinmeier will face competition from Die Linke, Alternative for Germany and Freie Wahler.

"At a time when there is unrest and instability around the world, sending a signal of stability — and so the conservatives supporting Steinmeier's candidacy — is in my view right and important," Merkel said in November, explaining her decision.

© AFP 2021 / Tobias SCHWARZ
New German FM Presents Continuity for Russia As Steinmeier Heads for Presidency
If, as is likely, Steinmeier is elected President, the SPD will benefit from having its leading politicians in key offices of state ahead of Germany's federal elections next year.

The SDP is currently the junior partner in a governing coalition with the CDU/CSU headed by Angela Merkel, who has been Chancellor since September 2005.

Steinmeier was the SPD's candidate for Chancellor in Germany's 2009 federal elections, but he was defeated by Merkel.

He has been replaced at the Foreign Ministry by former Minister for Economic Affairs and Energy Sigmar Gabriel, who was in turn replaced by fellow SPD politician Brigitte Zypries, who announced last year she is not seeking re-election this September.

Taking over the Foreign Ministry, Gabriel remains Vice-Chancellor but has vacated the role of SDP party leader.

His departure paved the way for Martin Schulz, who was President of the European Parliament from 2012 until earlier this month. On Sunday Schulz was confirmed as the new party leader and nomination for Chancellor.

"We can only be grateful to Gabriel," German Environment Barbara Hendricks said on the sidelines of a party meeting, remarking that the former leader had greatly improved the party's chances of election victory against Merkel's CDU/CSU parliamentarians in September.

© AFP 2021 / JOHN MACDOUGALL
Muslim Spy Scandal Deepens Rift Between Germany and Turkey
According to a poll conducted for the German newspaper Die Welt earlier this month, before his resignation as SDP leader, just 27 percent of Germans supported Gabriel's candidacy for the position of Chancellor.

"Gabriel has made himself unpopular in the coalition (with the CDU/CSU union) with his demand for the gradual lifting of sanctions."

"'Isolation and confrontation (with Russia) are not sensible policy and don't offer anything,' Gabriel said. For the Union, on the other hand, the deterrence of Russia and protection of NATO partners in the East are at the forefront," Die Zeit reported.

However, the possibility of Schulz replacing Merkel won't bring a significant change to Germany's relationship to Russia, Boris Shmelev, head of the Russian Academy of Sciences' Center for Foreign Policy, told Sputnik Deutschland.

"As President of the European Parliament, Schulz has repeatedly accused Russia of destabilizing international security. In addition, Schulz expressed support for sanctions, so his attitude to Russia does not differ from that of the CDU/CSU or Mrs. Merkel herself. So, German policy towards Russia will remain unchanged for the time being," Shmelev said.