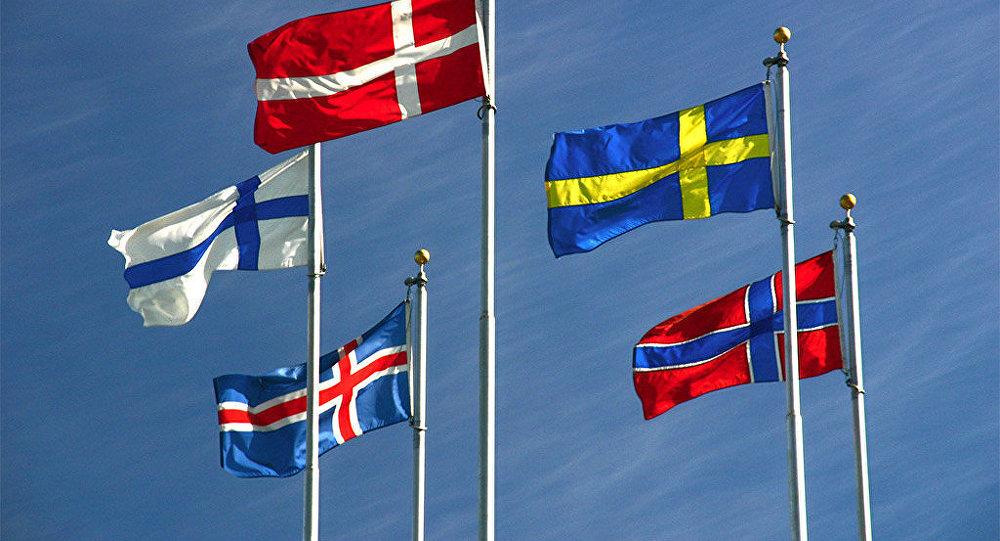 Despite the fact that Scandinavia's advanced integration efforts in many respects predate the EU's amalgamation, the Nordic countries don't mind continuing to work together. A faction of the Nordic Council has proposed that it's about time this cooperation evolved from a "common law marriage" to full matrimony. 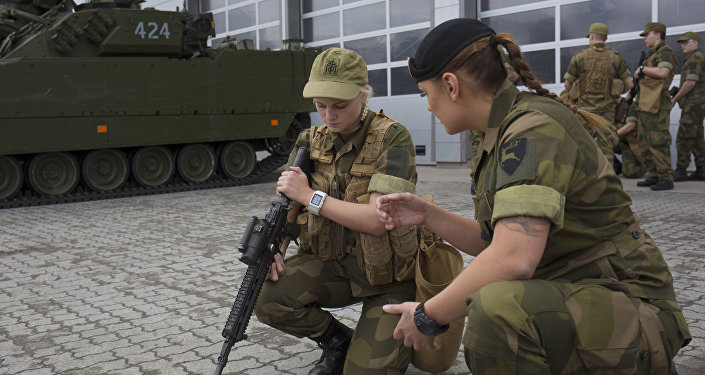 © AFP 2019 / KYRRE LIEN
Nordics Bracing for New Arms Race Despite Russia's Proposed Military Budget Cuts
The idea of having a united Nordic citizen ID does not cancel national citizenships, but rather serves as a complement, Nordic Council President Britt Lundberg from the Finnish autonomous islands of Åland explained.

"This does not mean that our national citizenship shall be abolished. On the contrary, it will be complemented. It will give all Nordic citizens the same rights and obligations in the country or autonomous area they choose to settle in. The aim is also to make the Nordic region an even more powerful, single market for knowledge, goods, employment and free movement," Britt Lundberg said as quoted by Norwegian newspaper Dagbladet.

According to Lundberg, a common Nordic ID would make life easier for both entrepreneurs and private persons who wish to study or settle down in a Nordic country or an autonomous territory thereof, such as Åland, an autonomous and unilingually Swedish territory of Finland.

© AFP 2019 / Jens Nørgaard Larsen / SCANPIX DENMARK
Fear the Worst: Nordic Economies Ready for Crash Landing After Trump Victory
The so-called Center Group of the Nordic Council, which embraces Center, Liberal, Green and Christian Democratic party members from Scandinavia, cited numerous unfortunate examples of bureaucratic obstacles and delays Scandinavians living in another Nordic country have to endure at present. According to the group, the solution to the current situation lies in a more flexible arrangement involving less red tape.

Whereas the single Nordic ID is only a step towards closer integration, the idea of uniting the five Nordic nations into a solitary state is also popular across Scandinavia. A single Nordic state was also promoted in an opinion piece penned by Viktor Kock, the chairman of the Finland Swedish Social Democrats Association (FSD) and Christian Sourander of the think tank Yggdrasil for the Finnish daily Hufvudstadsbladet.

According to Kock and Sourander, a successful Nordic federation, which is possible due to the basic similarities and frequent contacts between the Nordic countries, would further promote democratic, economic and cultural integration. In addition to the removal of remaining border barriers for Nordic citizens and businesses, a single Nordic state would also have a positive impact on the Scandinavian economy through more favorable government loans, new global Nordic brands and an increased interest from foreign investors, not to mention common taxes and welfare policies. Lastly, a single Nordic state could promote employment, growth and stability. To crown it all, Kock and Sourander also referred to the idea of a joint Nordic representation in the G20, which is being heavily promoted by a number of politicians and trade unions. 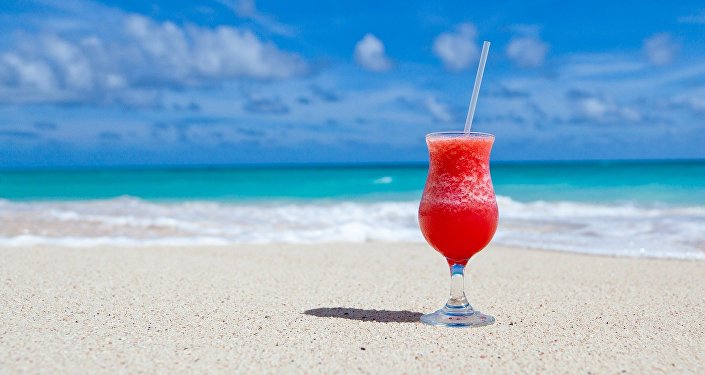 © Photo : Pixabay
Going South: Swedish Pensioners Move to Portugal in Hot Tax-Dodging Scheme
The same idea of a Nordic federation is being steadily promoted by Swedish historian Gunnar Wetterberg, who in his opinion piece in the Swedish daily Dagens Nyheter once again called for the deeper integration of Scandinavia. Wetterberg is, among other things, known for his book "United Nordic Federation," written on behalf of the Nordic Council.

"Europe's future is so uncertain that it should be in the Nordic states' interest to investigate the issue of a common Nordic statehood," Gunnar Wetterberg wrote. "If the EU is cracking up, it is prudent to have another solution prepared," he added.

The Nordic Passport Union, established in 1952, is a pre-Schengen free-travel zone, allowing citizens of the Nordic countries to travel and reside in another Nordic country without any travel documentation (e.g. a passport or national identity card) or residence permit.

The Nordic Council, also founded in 1952, is an official parliamentary body that promotes regional cooperation. The council has 87 members from Denmark, Finland, Norway, Iceland and Sweden. 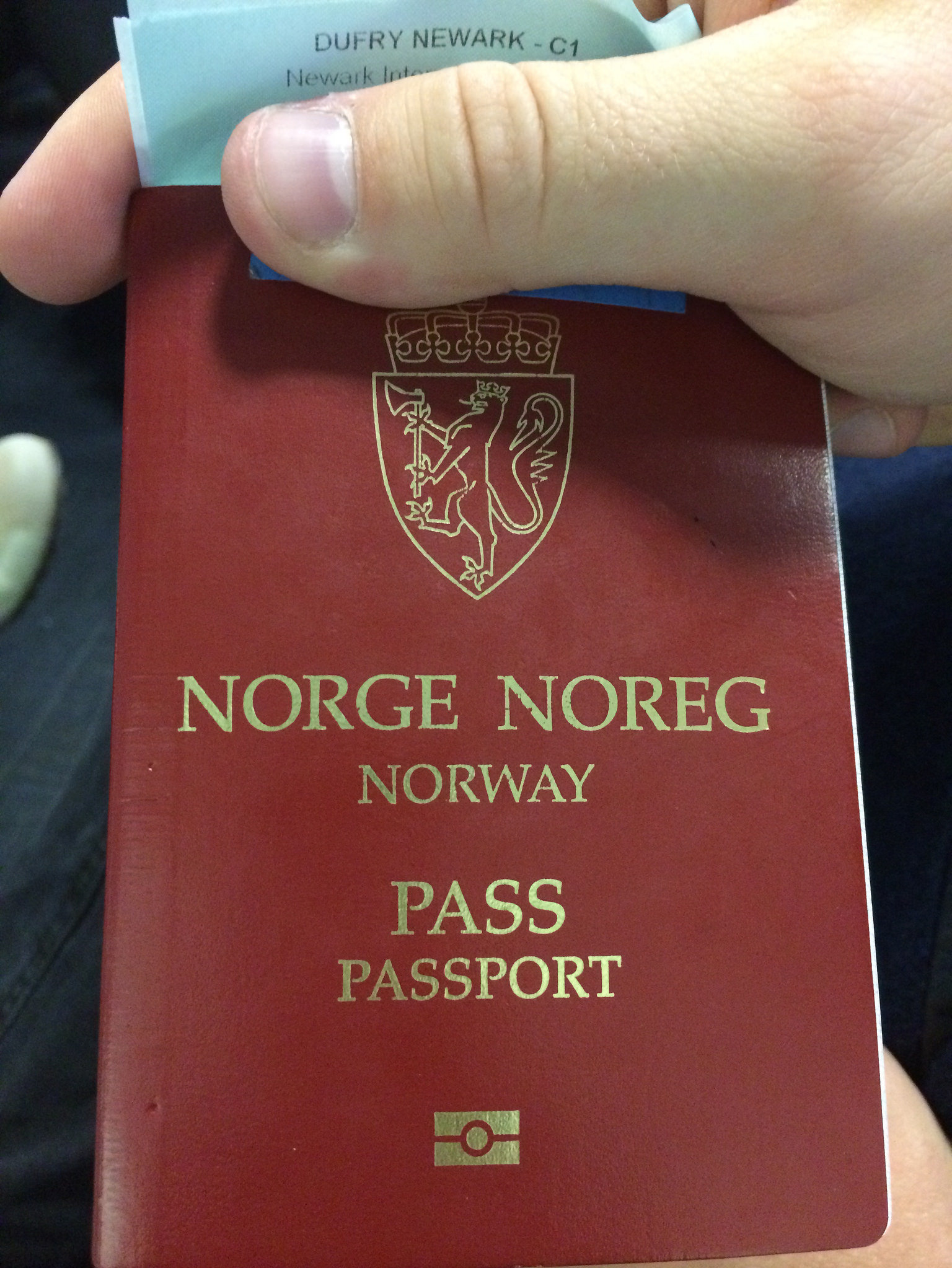