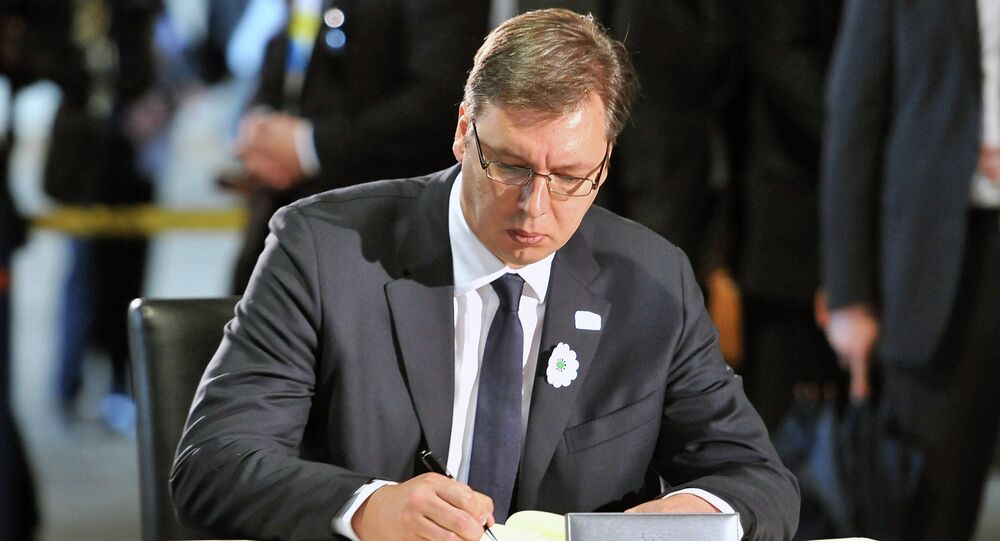 Serbian Prime Minister Alexander Vucic and Kosovo's President Hashim Thaci had a phone conversation, in which they agreed to continue dialogue and to keep working on maintaining peace and stability, Serbian media reported Saturday.

© Flickr / Antti T. Nissinen
Serbia-Kosovo Dialogue Not to Succeed as Sides Use Talks for Own Political Gains
BELGRADE (Sputnik) — The two leaders also agreed to work on further development of the relationship between Belgrade and Pristina, Blic newspaper reported, citing a source familiar with the matter.

Before the Brussels talks Nikolic said that recognition of Kosovo’s independence was impossible "as long as Serbia exists," but afterward the two sides agreed to continue the dialogue.

Kosovo declared its independence from Serbia in 2008. The move has been criticized by a number of countries, including Serbia itself and Russia, however many states, such as the United States and the majority of the EU member states, recognized Kosovo as an independent state.