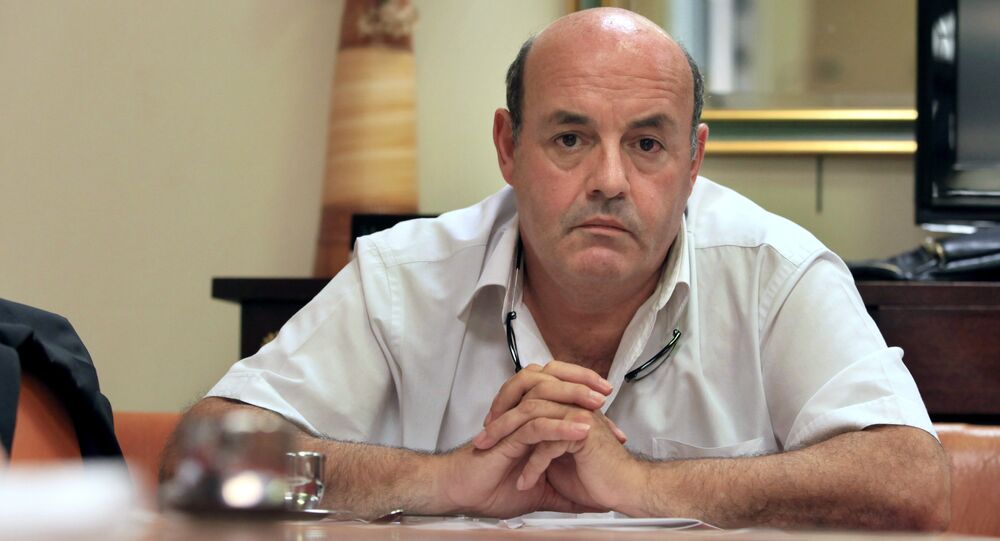 © AFP 2020 / Bertrand Guay
'Kompromat' Wars Unleashed in France Ahead of Presidential Election, No 'Russian Hackers' This Time
Sputnik France sat down with former member of the National Liberation Front of Corsica (FLNC), who spent several years in prison after being sentenced for involvement in an assassination plot, Leo Battesti, who is announcing his return to politics, and also renouncing the former actions which saw him spend time in a prison cell.

According to Battesti, well known as a prominent chess enthusiast and the president of the Corsican Chess League, he picked up the game during his time in prison thanks to a pair of Soviet KGB agents who were also incarcerated there at the time.

"During my first night in Le Sante Prison, I heard clacking: tack, tack, tack. I thought it was Morse code… It was two spies, two KGB agents spying on French engineers. They were playing chess while being kept in different cells, making their moves using Morse code. I thought that this activity would help me pass the time so I started ordering books, playing chess by correspondence. Time dragged on, but it was an enjoyable activity. Later I even organized the first international chess tournament in Melun Central Prison, in the political prisoners cell block. In fact it was the only international tournament that I’ve won," Battesti said.

His enthusiasm later allowed him to invite many famous chess players to Corsica, including Anatoly Karpov, Aleksandra Kostenuk and Vichy Anand, Battesti proudly added.
He also explained that while he does consider his actions as part of the FLNC a mistake, the activities he and his former comrades were engaged in back then were nothing alike the things modern-day jihadists do.

"I believe we made a mistake then because once you join a struggle you can’t give it up – otherwise your comrades become marginalized; and we’re talking about people whom you respect, who sacrifice everything for the sake of their struggle, with whom you share a sense of solidarity. These are all commonly known principles. As for the parallels with what happens today in the world because of jihadism, this is definitely another dimension. It cannot be compared to anything. Obviously the old adage about the end justifying the means can be brought up, but this kind of goal cannot be justified by anything, at least not by religion," Battesti said.

As for the kind of future he seeks for Corsica, Battesti said that he is not a supporter of autonomy or independence, arguing that the island needs institutional reforms. According to him, the current dire state of affairs in Corsica was caused by department councils, but he and his colleagues will be able to overcome this and create a new administrative-territorial unit.

"I’d like to use a chess analogy: you can’t win a match without knowing why you’re moving your pieces. The same principle applies to politics. By adopting the experience of others, experience that doesn’t work for your country, you think that you’re protected in the name of Liberty, Equality and Fraternity, in the name of the so called equality of all citizens before the law, the French Constitution; but reality is quite different. We cannot be compared to a Parisian district, to a territory in northern France… We must strive to build a federal Europe. I’m a federalist, I want Europe of Federations that implies solidarity throughout Europe, beyond the existing borders between nations. We must ensure that Corsica became able to express its opinion in Europe," Battesti concluded.