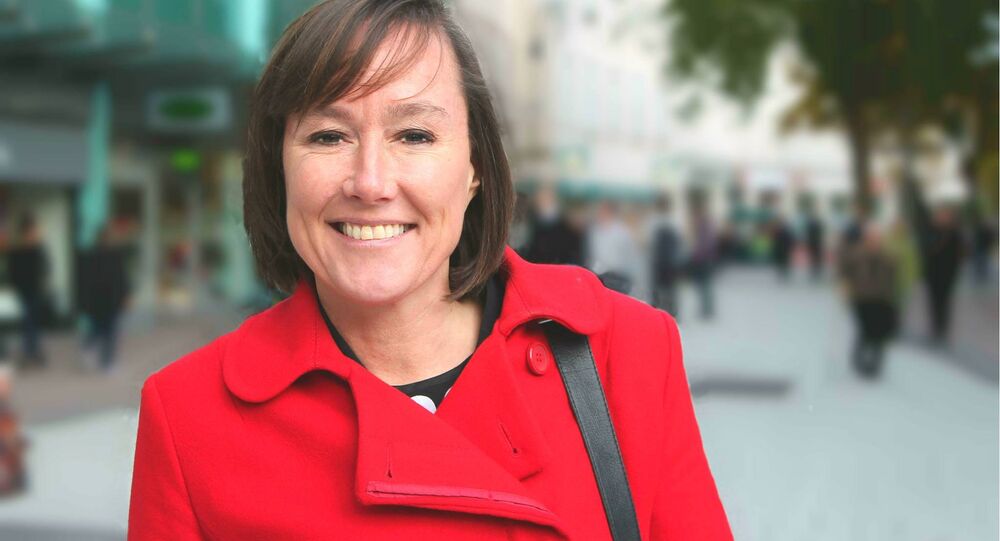 Jo Stevens said she believed Brexit was "a terrible mistake" and that she could not vote for the measure that would make it unavoidable.

MOSCOW (Sputnik) — Shadow Secretary for Wales Jo Stevens said Friday that she had stepped down because of Labour Leader Jeremy Corbyn's three-line whip forcing his party members to vote in favor of the bill triggering Article 50.

I have resigned from Shadow Cabinet today. I’ll vote against the 3-line whip to trigger #Article50. My letter to the leader: pic.twitter.com/cED6WgNfeX

​In her letter to Corbyn, Stevens said that she believed Brexit was "a terrible mistake" and that she could not vote for the measure that would make it unavoidable.

"When I vote I will be representing my constituents, a great many of whom, including a great many Labour Party members and voters, have strongly urged me to vote in this way. That is why, in Shadow Cabinet, I argued about the imposition of a three line whip," Stevens wrote.

On Thursday, Shadow minister Tulip Siddiq announced her resignation over Corbyn's voting instruction saying that she was against triggering Brexit negotiations.

The UK Parliament is scheduled to hold the second discussion of the Notification of Withdrawal Bill 2016-17 on Tuesday.